Blog › Durga Puja in Kolkata: 7 Things You Need to Know 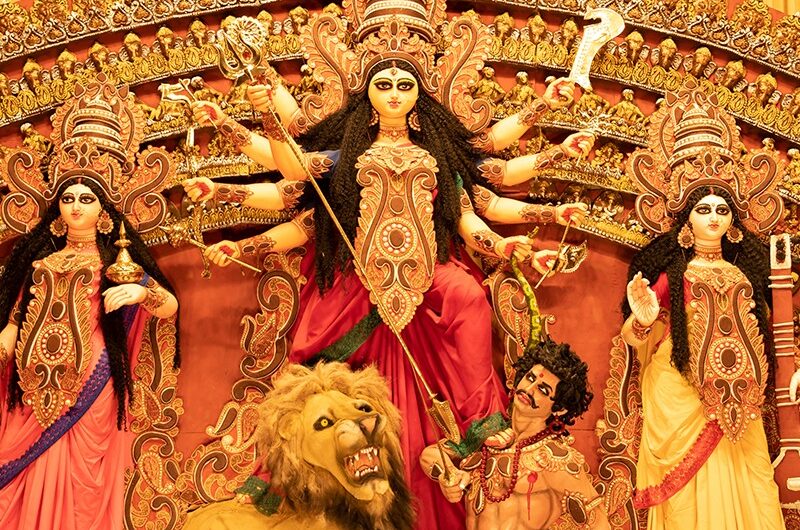 Durga Puja in Kolkata: 7 Things You Need to Know

As the autumn air starts bringing a lingering scent of the Shiuli (Night Jasmine) flowers, as the markets start being flooded with the shopping enthusiasts, and as the pitrupaksha comes to an end, one starts to realize that the auspicious festival of Durga Puja is here.

Durga Puja is celebrated to mark the victory of Maa Durga against a demon named Mahishasur. It is said that Maa Durga ended Mahishasur on Mahalaya which is the first day of the Durga Puja. This is also the reason Mahalaya marks the end of pitrupaksha and the beginning of devipaksha. The festival is celebrated for 10 days with the first 9 days known as Navratri and the last day known as Bijoya Dashmi.

The Durga Puja is celebrated mainly in the states of Assam, West Bengal, Odisha and Bihar. The state of West Bengal however leads the Durga Puja celebrations every year and has a very special bond with Puja. And the city of Kolkata is considered to be the epitome of the Durga Puja festivities. Wonder why? Well, while the rest of the country celebrates this festival, the people in Kolkata live, breathe and experience it like no one else. It is also said that during the Durga Puja, Maa Durga leaves her bridal home in Kailash and comes to her parental home for a visit. She is said to be accompanied by Lord Ganesh, Lord Kartikeya, Goddess Lakshmi and Goddess Saraswati. Hence the Durga Puja, also known as Pujo has become a very dear emotion for these people.

The preparations in Kolkata begin almost 2-3 months before Durga Puja and are considered to be as important as the Puja itself. Sculptors who sculpt the idols of Maa Durga get the clay from the Hooghly River. This clay is known as ‘Punya Maati’ or the holy clay/mud. In Kolkata, some artisans have a tradition of making the idol of Maa Durga and also painting it. These artisans work meticulously to make the idol of Maa Durga look perfect. On the first day of Durga Puja, known as Mahalaya, the idols get their eyes painted. This honour is given to the eldest of that artisan family. The eldest person gets to paint Maa Durga’s eyes in a ritual known as ‘Chokkhu Dan’ (donation of eyes). And with Chokkhu Dan, Mahalaya marks the first day of the Pujo.

The city of joy, Kolkata, gets even brighter and happier during this time. Whenever someone asks us what is the best time to visit Kolkata, we always suggest Durga Puja if possible. Because Kolkata turns a notch more beautiful where the streets are filled with joy, colours and a sea of people who are out to celebrate the arrival of their beloved Maa. Roaming the streets during a festival like this always leaves us amazed at the sheer ability of our country to turn every festival into a gathering of people and celebrate life with a newfound enthusiasm.  Historic places like Kumartuli (The Potter’s colony), Tagore house, Princep ghat etc. are most frequented during the Puja. (For more details you may refer to https://www.veenaworld.com/blog/7-historical-places-in-kolkata-a-heritage-walk). If you wish to visit Kolkata too, check out Veena World’s Kolkata packages on https://www.veenaworld.com/india/kolkata-tour-packages/ct

However, there are a few more things you need to know about Kolkata during Durga Puja.

Durga Puja in Kolkata starts only if they tune in to the radio or play the collection of shlokas and songs in Mahalaya Mahishasur Mardini which are recited by Birendra Krishna Bhadra. The name of Bhadraji has become an integral part of Mahalaya as well as the Durga Puja. For most people missing the recitation is equivalent to committing a sin!

Pandal hopping is undoubtedly one of the most important parts of the Puja celebration. Every year the pandals come up with new themes which display a social message or a noble cause. People wait in line for 30-35 minutes just to get a glimpse of the idol for a mere 5-10 seconds, but that short time is worth the wait. The scale on which the pandals display their art is just pleasing to the eyes. Going from one pandal to the other makes you forget the time. Also, the pandals have a fun competition with each other over which pandal is the best. But in the end, everything is done for the love of Durga Maa.

In Kumari Puja, unmarried girls up to the age of 16 are worshipped as goddesses. It is believed that goddess Kali had taken the identity of a young maiden to defeat Kolasur. Hence it is believed that every young girl, irrespective of her caste can be worshipped during the Kumari Puja. The other aim is to establish the value of women and their strength. This is generally conducted on ‘Ashtami’ (8th day) or ‘Navami’ (9th day). Sandhya Puja is conducted on the juncture of the tithi of Ashtami and Navami and is considered to be very auspicious.

Since the Durga Puja is all about honouring women, almost all the rituals are women-centric. One such popular ritual is the Sindur Khela. On the last day, Dashmi, all married women dress up in beautiful red and white sarees with gold jewellery. They apply the vermillion/Sindur at the goddess’s forehead and feet, offer sweets to her and later proceed to apply the sindur on the other women’s foreheads, bangles and conch shells. It is believed that the woman who plays the sindur khela with proper customs will never be widowed.

Nothing symbolises ‘Maa ashche! Ashche Pujo!’ or the arrival of Maa Durga and the beginning of Durga Puja better than a dhak sound. Dhaak is a traditional Bengali drum that is played during the Durga Puja and one cannot help but dance. This is when the Dhunuchi Naach comes into the picture. Dhunuchi Naach is a traditional Bengali dance that is performed while bidding farewell to Maa Durga. Women and men take earthen pots filled with coconut husks, charcoal, incense and dhun which emits a very festive fragrance and smoke too. They then take the Dhun and dance along to the beats of the dhaak. A very beautiful celebration indeed.

One cannot talk about Kolkata and Durga Puja and not mention food. The Bengalis are very passionate about food and rightfully so! With a variety of options like chicken and egg rolls, roshogullas, Lcuhi Alu Dom, kachoris, rice and fish curry, etc. Kolkata becomes heaven for the foodies. Yes! Meat and fish are consumed during Durga Puja too. One can never have enough of the delicious treats that Kolkata puts out for food lovers. Do try out the various foods and treat yourself.

Since 2020 the world has changed due to COVID-19. But the change shouldn’t affect the excitement and devotion. And as the world has gone digital, so have the various pandals. They have come up with a concept of a virtual pandal tour for those who wish to watch Durga Puja celebrations from the comfort of their homes.

And for those who look to explore a more traditional side of Durga Puja celebrations, they can visit a ‘Bonedi Bari’. Bonedi Bari are the households that have been traditionally conducting Durga Puja in their own home instead of a pandal. Their homes have a ‘Thakur Dalan’ or ‘Durga Dalan’ which is basically a designated area for Durga Puja celebrations. Visiting Kolkata during Durga Puja gives you a different perspective of this city. It makes you realize how wonderful it is to have something as beautiful as Durga Puja bring so many people together to celebrate. As someone has rightly said, Durga Puja is more than just a festival. It is an emotion that can never be put in words. The endless laughter during the celebrations and the silent tears when Durga Maa leaves for Kailash on Bisorjon are emotions that just have to be felt. Because some emotions are too pure to be put in words. 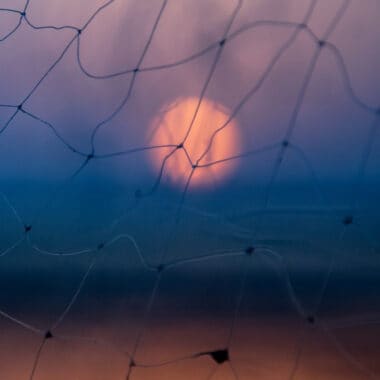 8 Beaches in Alibaug for a Delightful Coastal Vacation 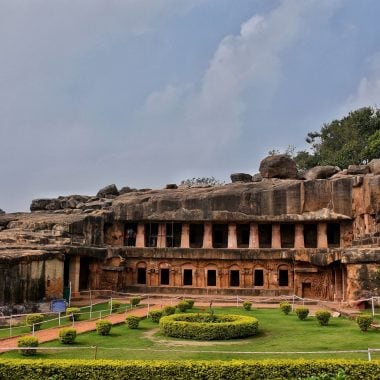 Exploring the Twin Caves of Bhubaneswar - Udaygiri and Khandagiri