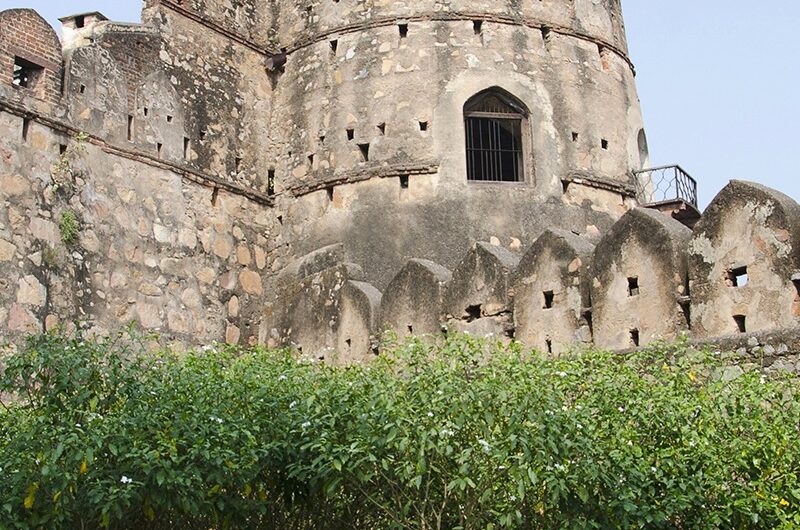 Best Places to Visit in Jhansi

There are many places to visit in Uttar Pradesh. Jhansi, however, is in a league of its own. Located in the heartland of Bundelkhand, Jhansi is often associated with Rani Lakshmi Bai. But did you know that there are a lot of tourist places in and near Jhansi.

Jhansi is marked by its forts and palaces which recall the courage and fight of a bygone era. During the Sepoy Mutiny, Rani Lakshmi Bai, Tantya Tope, and Nana Sahib plotted the 1857 revolt at Jhansi.

This historical importance of Jhansi has also contributed to it being a popular tourist place.

Want to know about the best places to visit in Jhansi? Keep scrolling: –

Rani Mahal in Jhansi, which translates to the “Queen’s Palace”, was Rani Lakshmi Bai’s former house and also the imperial palace. It is among the best places to visit in Jhansi. In the aftermath of the Indian Rebellion, it was eventually restored into a museum with artefacts from the 9th century and information about Rani Lakshmibai’s life.

Rani Mahal’s architecture is stunning in its own right. It is a two-tiered structure with six chambers, including the famed Darbar hall. Admire its intricacy and get a detailed insight into India’s history, rulers, traditions, and events that occurred during the medieval period and beyond.

The Jhansi Fort is situated at the top of Bagira, a hill in Uttar Pradesh. It is a 17th-century historical monument that was built by the emperor and then destroyed in the First War of Independence against the East India Company. Within the four walls are landmarks such as Baradari, a prison with astute and innovative construction; Kal Kothari, a dungeon for captives; Ganesha and Shiva temples, and a museum with artefacts of the Chandela dynasty – weaponry, garments, and paintings.

Bazaars and shrines abound on the streets. There is also a war memorial honouring martyrs, as well as the Rani Lakshmibai Park that was constructed in honour of her significant role in the freedom movement.

The Orchha Fort Complex, located 16 kilometres from Jhansi in Madhya Pradesh, is an architecturally historicized complex which makes it one of the top places to visit in Jhansi. Raja Rudra Pratap Singh of the Bundela dynasty constructed it around 1501 AD. It is a colourful display of Rajput and Mughal architecture with slatted windows, projection platforms and balconies, and ceilings mirrors. The Orchha Fort complex, built by the heirs of the Bundela Dynasty, has various monuments such as the Raja Mahal, Sheesh Mahal, Rai Praveen Mahal, and lawns such as the Phool Bagh.

Jhansi Museum is one of India’s most famous museums, built in the late 1800s to help us trace the roots of Indian history in colonial India. Jhansi Museum, also widely recognized as the UP Government Museum, is known to include artefacts dating back to the 4th century BC as well as outstanding pre-modern Indian artworks.

Devoted to Rani Lakshmi Bai, this museum not only depicts the story of Jhansi but also sheds insight on the Bundelkhand region of Uttar Pradesh. Because of India’s rich cultural past, notably at Jhansi, the Jhansi Museum has become one of the key tourist attractions in Uttar Pradesh over the years.

Panchatantra Park in Jhansi is an animal-themed park based on Vishnu Sharma’s book “Panchatantra” for children. This park offers a jogging track for adults as well as various animal-themed slides for kids.

The Jhansi Development Authority created the park on a large green area in the center of Jhansi, mostly for children, with fascinating Panchatantra-themed animal statues. Over the years, this has not only been a popular destination for kids but also for adults who seek a peaceful, pollution-free setting away from the hustle and bustle of the city.

St. Jude’s Shrine is a Roman Catholic Latin Rite shrine dedicated to St. Jude Thaddeus and is situated in Jhansi, Uttar Pradesh. It is beautifully constructed and designed by Francis Xavier Fenech. It is located in Jhansi’s Cantonment district and is a famous church among the state’s Catholic community.

At St Jude’s Shrine, daily mass is held with great devotion and involvement. In addition, every year on October 28th, Christians from all around the country assemble here to celebrate the Feast of St. Jude.

The Parichha Dam, a man-made reservoir, is located near the town of Parichha on the Jhansi-Kanpur Highway. The dam is constructed on the Betwa River and its reservoir which is a tranquil expanse of water that goes all the way to Notghat Bridge. It is well-known among locals for its water sports facilities and boats.

It is Jhansi’s main source of drinking and agricultural water and includes a thermal plant that generates 1149 MW of power. The dam, built by the British between 1881 and 1886, still stands and provides several services to the people of Jhansi.

The dam’s main activities and water sports include boating and fishing. Boating on the Betwa River provides a mesmerizing view of the beautiful scenery of the area as well as a peaceful experience of being in nature. Fishing is another popular activity around the Parichha Dam and the Betwa River. Many people can be found sitting on the river’s shores with a fishing rod in their hand. For visitors, the dam is also a lovely site.

The Orchha Wildlife Sanctuary is located near Orchha, Madhya Pradesh, on the banks of the rivers Betwa and Jamini. The Sanctuary, located 4.2 kilometres from Orchha city and 19.2 kilometres from Jhansi, is home to endangered wildlife such as tigers and leopards.

Home to over 200 species of Indian and migratory birds, the sanctuary is a must-see for bird enthusiasts. In the forest, you can see peafowl, peacocks, swans, and other birds. Orchha Wildlife Sanctuary is the ideal location for a nature retreat. The sanctuary also appeals to adrenaline enthusiasts by organizing a variety of activities throughout the year.

Rani Lakshmi Bai Park, in Jhansi, Uttar Pradesh, is situated in the highlands of Jhansi Fort and is related to Maithili Sharan Gupta Park. A stunning bronze monument of Rani Lakshmi Bai riding her horse with her sword raised and her adopted son Anand Rao sitting behind her stands in the center of the park.

Rani Lakshmi Bai Park features lush green trees, jogging paths, slides, and swings for children to enjoy. The park, which is blessed with breathtaking views in all directions, is a significant hotspot for both tourists and locals. It is the perfect destination for keen photographers and nature enthusiasts. Rani Lakshmi Bai Park is lighted with brilliant lights at dusk to emphasize the park’s natural beauty.

The Herbal Garden in Jhansi, Uttar Pradesh, commonly refers to Tiger’s Prowl. It takes its name from the legendary white tiger of Bundelkhand. Herbal Garden covers 15 hectares and has a 1.5-kilometre perimeter. After a year of hard effort, the Army’s White Tiger Division transformed the garden from a barren land to a beautiful and cultivable expanse.

The garden not only houses over 20,000 types of medical herbs and plants but also displays artwork built from discarded military scrap. The herbal garden also has water fountains which add to the area’s natural charm. Within the park, a 700-metre-long path is built and surrounded by magnificent roses. The Herbal Garden is a famous place for folks to relax in Jhansi. Early in the morning, people can be seen meditating and practicing yoga, while in the evening, children can be seen playing. Many schools and universities are seen taking field trips to the Herbal Garden on a regular basis. There are clean restrooms and drinking water available in the garden.

Bundelkhand is a mountainous region in India’s central region. Popularly known as the Bundelkhand Circuit, this region is divided between Madhya Pradesh and sections of Uttar Pradesh. The itinerary includes five significant cities: Bithoor, Chitrakoot, Jhansi, Kalinjar, and Mahoba. Each of these cities has interesting places to explore, that too with distinct historical significance.

Bundelkhand is bounded to the north by the Indo-Gangetic plain and to the south by the Vindhya mountains. The three mountains are Vindhya, Fauna, and Bander, with the topmost peak at 600 metres intersecting the plains of Bundelkhand.

Best Time to Visit in Jhansi

Jhansi, an important historical site in the country, is named after the Maratha Queen, Rani Lakshmi Bai. The Great Indian Revolt of 1857 took place here. The best time to visit and booking your Jhansi tour package is between November and March when the weather is lovely and peaceful. A large number of people visit the area in February when the Jhansi Festival is celebrated. 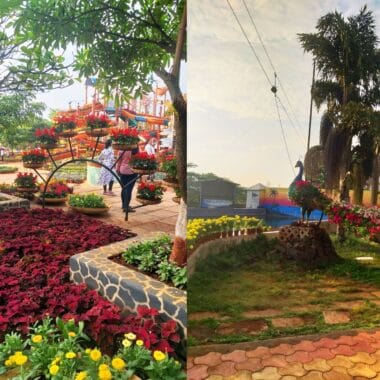 10 Things You Can Do in Mumbai