Blog › Best Places to Do Paragliding in India

Best Places to Do Paragliding in India

India is a country that is blessed with diversity in culture, food, landscapes, pilgrim spots, historical monuments and destinations that offer adventurous sports. The one we are interested in is paragliding. Said to be an adventure sport that’s not for the weak of heart, paragliding can evoke a sea of emotions as you glide in the sky.

It also wouldn’t be wrong to say that gutsy adventure sports deserve settings that add to its appeal. Speaking of which, here’s a list of the best paragliding places in India: –

Bir Billing is popularly known as the paragliding capital of India. It is a beautiful village that is located in the backdrop of Himachal’s mountainous landscape. Every year, thousands of iron-willed and adventure-loving people come here to enjoy paragliding.

Known to be the highest paragliding spot in India, Bir Billing gives adventure enthusiasts a chance to take flight from an astonishing height of 2430 metres above sea level, making it one of the highest points in the world. The entire gliding session takes 15-20 minutes before it ends making it the best paragliding place in India. Bir and Billing are two different places 14 km apart; Bir being the take-off point and Billing the landing site. This place is famous amongst the gliders because this petite village is also known for hosting the first-ever Paragliding World Cup!

Himachal Pradesh has a lot of places for gliders to enjoy splendid views from the top. There are near-about 11 different towns, cities and destinations where you can enjoy this sport and one of them is the famous Manali. We believe you might have watched the “Land Kara De”, the viral video of a guy getting scared during a gliding session in Manali. It is the soaring height and the strong wind-currents that will add to the exhilaration if you choose Manali as your gliding destination. Also, Manali is a complete package offering the best adventure holidays for singles as one can enjoy trekking, zorbing, paragliding in the beautiful Solang Valley as well as skating.

Shillong, the capital city of Meghalaya which is also known as the Scotland of East, is another gem of India. This city is situated at an altitude of 1400 metres from sea level and is one of the most beautiful cities in the country. Blessed with a lot of diversity in flora and fauna, the place is well-known for adventurous sports as well. The blissful climate, lips-smacking local dishes and exciting sports including trekking through the dense forests and paragliding lures several travellers every year. During the summer season when Shillong experiences a mild temperature rise with a clear sky and the wind blowing just fine, it becomes one of the frequently visited paragliding spots in India.

With time, paragliding in Shillong has picked up pace due to which most of the North-Easterners visit here to experience the adrenaline rush.

To be precise, the paragliding destination of Bangalore is the beautiful Nandi Hills. Located on the northern periphery of the city, Nandi Hills is a spot for many adventurous activities including camping, trekking, and paragliding. Paragliding in Nandi Hills is one of the best things to do for visitors as well as adventure-loving locals during the weekends.

The gliders in Nandi Hills take off from a soaring height of 1400 metres and the land of one of the flat surfaces around the hills (which is not hard to find as there are many around).

An ideal destination in South India for people looking for paragliding fun is the beautiful hill-station of Yelagiri. Approximately 230 km from Chennai, this hill station is also the weekend spot for the people of Tamil Nadu. Unaffected by the hot and humid temperature of Tamil Nadu, Yelagiri is just like a boon for locals as well as the travellers visiting the state. Taking-off from a soaring height of 2200 metres sure sounds exciting! The height and the view from the sky make Yelagiri one of the best paragliding spots in Tamil Nadu.

Uttarakhand is known for a lot of things like soothing climate, adventure destinations, diversity of flora, and more. If you are an adventure enthusiast visiting this region, then all the roads lead to Ranikhet! One of the best paragliding spots in India, Ranikhet offers a range of activities including paragliding, trekking, and parasailing that makes it the go-to destination for adventure seekers. Ranikhet is well-connected with all the nearby cities via road but if you are travelling by train, you need to get down at Kathgodham station.

Paragliding in the lap of Himalayas is one of the best experiences that one can have and Bhimtal offers you just that, taking the fun to a whole new level. While visiting Nainital, don’t forget to take a stopover at Bhimtal. Owing to the availability of several affordable options, Bhimtal is known to be one of the best paragliding places in India which welcome thousands of travellers every year.

Ready to take the leap?! 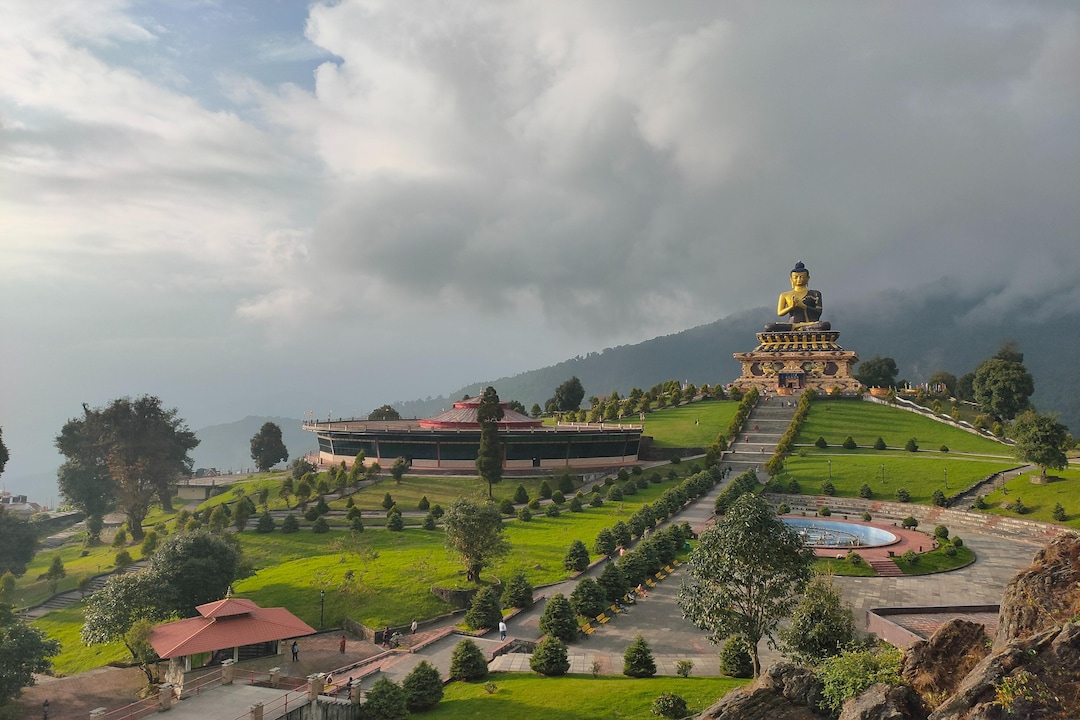 Guru Purnima: Celebrating the teachers and travels in our life