Blog › Australia Beyond Belief – UnDiscover the Land Down Under!

Australia Beyond Belief – UnDiscover the Land Down Under!

Australia is an exciting destination with so many things to offer that everyone can find their paradise in it. Tourism of Australia bringing the new hype of reaching into the travel bucket list of almost every traveller showed their consistent power of portraying their treasured beauty nation just about right. While all the travellers travel on different aspects, most of them are found to follow a set itinerary that ran for years. That is when Australia will step in to surprise you, to show you so much more than what you think and believe. To do the same, the tourism board conducted a survey of travellers from South Asian countries, including India to understand their set beliefs and expectations from Australia as their travel destination. The results that followed the survey was shocking and intriguing to understand how much the traveller population holds different kinds of prejudices. Don’t be surprised as this well-dedicated campaign surprises you by breaking one of your prejudice or stereotype and show you something completely new! UnDiscover the land down under is the best the campaign can be defined by giving a hint of giving up the stereotypes and rediscovering Australia in a whole new light. Let’s look into the survey and understand the spectrum of possibilities that this boon-to-Earth land has to offer!

Australia is on Foot

Australian attractions have earned a reputation of being worth a walk! The slow breathing in the ambience and soaking in this spectacular nation’s cities have become a favourite thing to do for most travellers. According to the survey, 84% of the travellers believe that Australia is discovered on foot! But Australia is determined to give you so much more.

Here are some exciting ideas that Australia has to offer for legendary drives across the land down under:

When nature has shown its bounty to Australia, it comes as no surprises that most peculiar and unique species of wildlife find a home here. Australia houses so many different wildlife species that it can be one of the extensive experiences in Australia that one can have. Even though according to the survey, 86% of Indians think that Australia is just cute furry animals, it is determined to excite you, challenge you, give you an adrenaline rush and more, all with its wildlife living treasures.

Here are some ideas that you must experience along with the unique species of Australian wildlife:

Australia is a daytime destination

Adventurous nature of Australia has quite been a popular idea known for travellers over the years. Although the idea of adventure portrayed Australia as a daytime destination for over 79% of travellers in the survey, the Australian nights will bring a whole new shade to your journey! Quite literally, Australia lights up in mesmerising shades and colours that will leave you spellbound.

Here are a few ideas that you can try to see Australia in a whole new light in the night:

Australia is all about stunning beaches

For the Indian travellers thinking Australia’s imagery all about stunning beaches, the urban side steps in to surprise them. For its popularity of being an island destination, the pristine waters and the surfing paradise along with relaxing beaches comes as the entitled expectation from Australia. Although for those of you who still believe that, Australia takes a challenge of flaunting cities and mountainous adventures.

Here are few ideas to experience Australia beyond beaches:

Australia is all about cities

And for those who are among the 81 % of Indian travellers believing that Australia is all about cities, the natural acoustics of this nation will sing a whole new symphony to you. Discover the landscapes that will paint panoramas like no other. Explore it all, because Australia has a lot to flaunt!

Here are few ideas to witness the startling beauty of nature:

Australia’s cricket is only fun when the game is on

With Australian legacy of cricket, every Indian knows to watch the match of India vs Australia with every possible excitement, at least once in the lifetime. For those passionate sports lovers and the enthusiastic Indian travellers out of whom 87% believe that cricket is only fun when the game is on, Australia has to say otherwise. It invites these explorers to discover the area near to the host cities.

Here are some ideas that you can explore along with your love for cricket:

Tourism Australia portrayed the wide array of experiences and captured in the cinematic journey of Parineeti Chopra, as she actually lives them all. The Land Down Under is unlike any other when it comes to giving something more to travel for. Every explorer finds his/her niche of travel here, every one of them feels in their roots of what gets them so excited about travel at the first place. Traverse on this legendary land and experience what it truly feels like to rediscover the legendary Island of the Pacific, Australia! 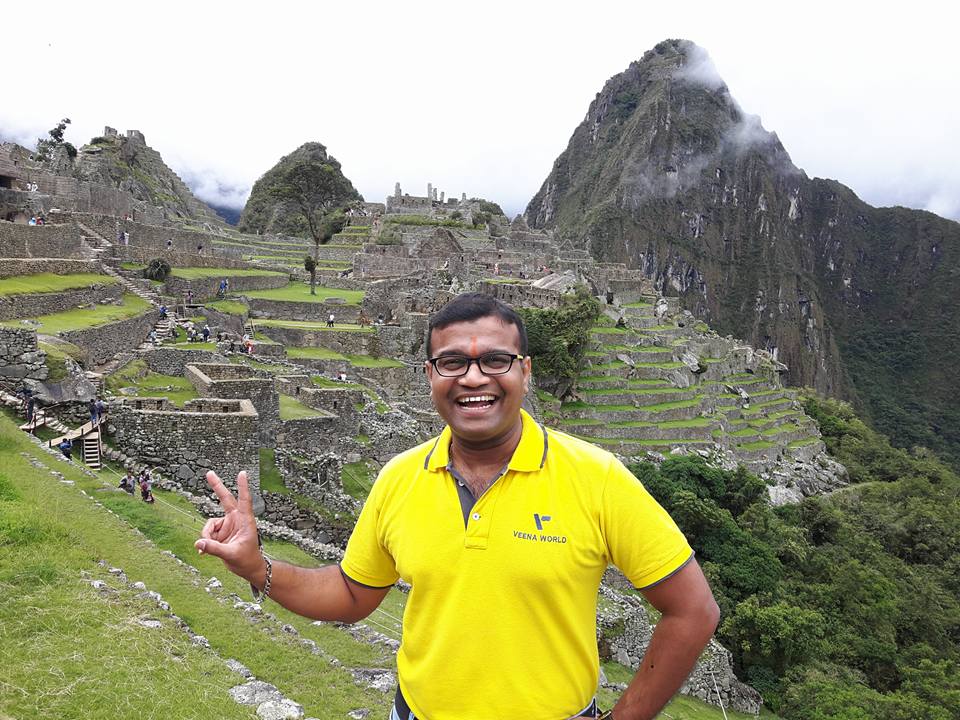 The Explorer of 7 Continents – Read his iconic South American Adventure!