From the greenery to the cuisine to the music – India is a country that is born out of diversity. There is no doubt in the fact that India has a lot of breathtaking places to explore. Travellers from all over the world come to the country for a time to remember. In fact, many of the travellers customize their India tour packages in such a way that they explore the best that the great nation offers.

Right from trekking to the mountains to camping in the jungles to partying on the beaches, India has everything in store for the traveller in you. The beautiful cascades in the country make it even more amazing. Though they are a little underrated, these are some of the best waterfalls in India which are worth the visit. Believe it or not, the waterfalls are so effortlessly breathtaking that the picturesque vistas will leave you delighted and enthralled.

Amazing isn’t it? So, let’s get you a little more excited. Here are the top 10 waterfalls in India that have made it to our list: – 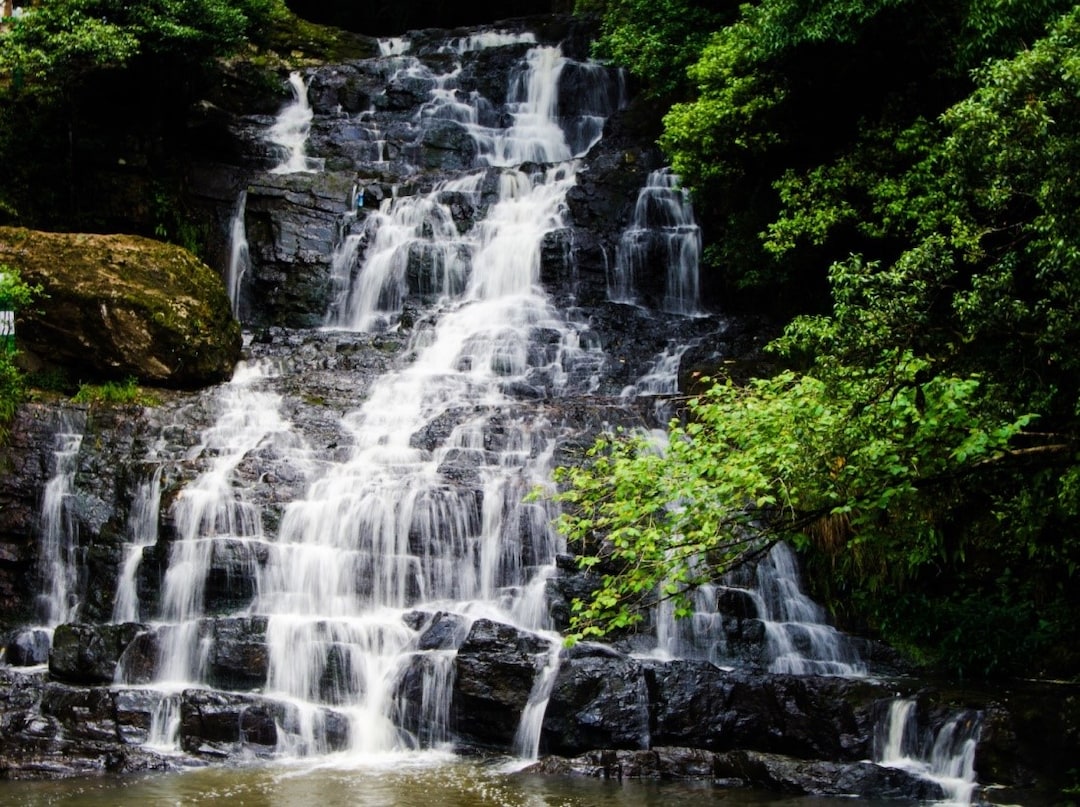 One of the most beautiful waterfalls in India, the Elephant Falls in Shillong is often touted as Nature’s Miracle. The falls has three bridges, with the third one being the final viewpoint. When you look at the waterfalls from the viewpoint, you will be amazed to notice that the flow of water is in the shape of an elephant’s face – hence, giving the name ‘Elephant Falls’. Surrounded by lush green trees, this waterfall will surely leave you stunned. A treasure located in North-East India’s underrated state of Mizoram, the Vantawng Falls is one of those places that you HAVE (focus on the emphasis) to visit. Located at a distance of 5 kilometres from the Thenzawl village in Serchhip district, it is one of the best waterfalls in India to visit with your family. Very interestingly, it ranks 13th in the list of the highest waterfalls in India, with a falling height of 750 feet. The Vantawng Falls is created out of the beautiful Vanva River where the waterfall creates a seven-tiered cliff while it is plunging downwards. Surrounded by dense green forest, this beauty in Mizoram is a must-visit. Also known as the Seven Sisters Falls, this is yet another famous waterfall in India. The Nohsngithiang Falls holds great importance in the North-Eastern states. Located at an elevation of 1033 feet, the falls is divided into seven segments, which gives the sobriquet of Seven Sister Waterfalls. Though you cannot get too close here, you can certainly admire the picturesque view of the surrounding beauty of Mawsmai from the viewpoint. During sunset when the sun rays fall on the cascading waterfall, the Nohsngithiang Falls looks breathtakingly beautiful. 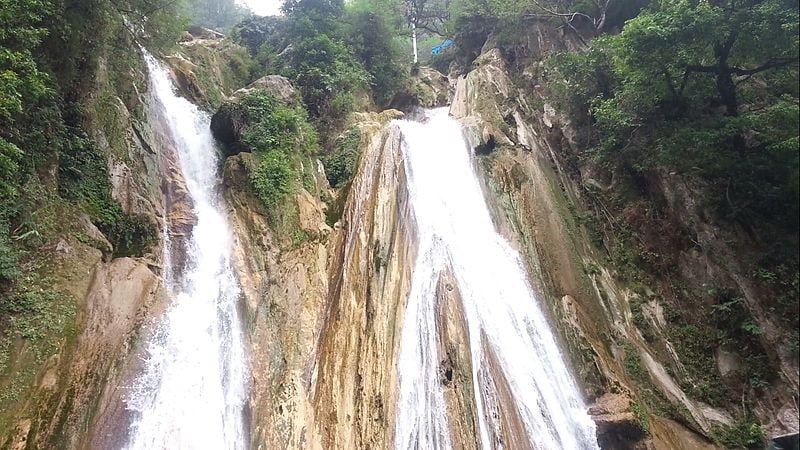 One of the most famous waterfalls in North India, Kempty Falls is in everyone’s bucket list. Falling on the Dehradun-Mussoorie road, this waterfall is a thing of beauty that forms five different cascades, which then plunges into the ground from a height of 40 feet. Elevated at a height of 4500 feet from the ground, it is surrounded by majestic mountain cliffs and lush greens. This waterfall in India has received its name from the terms ‘camp and tea’, which signify the tea parties that were organized here. 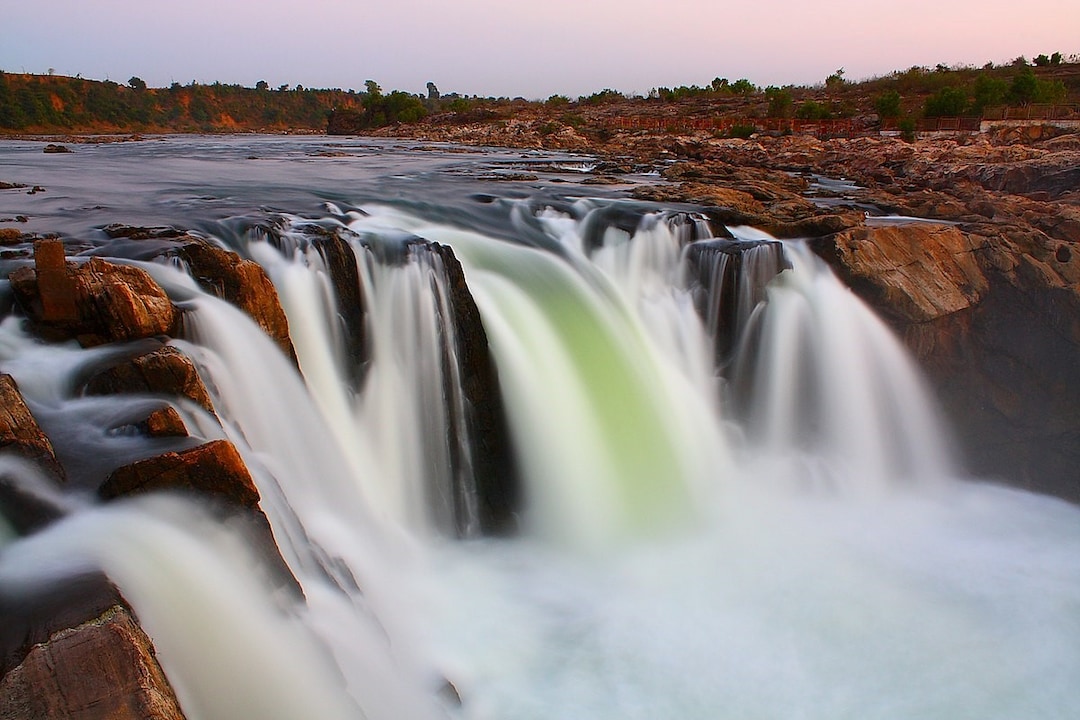 Located in the quaint town of Jabalpur in Madhya Pradesh, Dhuandhar Falls is yet another one of the top waterfalls in India. Also known as the Smokey Cascade, this nature’s miracle falls from a height of 98 feet which creates a misty aura. This happens due to the force at which the water hits the hard rocks. The mystical sound of the waterfalls, the serene atmosphere, and the eye-pleasing beauty – everything about Dhuandhar Falls contributes to making it one of the best waterfalls in India. If you have watched the movie Chennai Express then try and recall the scene where Deepika and Shahrukh were going to the former’s village and the aerial view showed a train moving and a beautiful waterfall cascading – remember? Now that, our dear readers, is Goa’s pride – Dudhsagar Falls. One of the most beautiful falls in India, this falls is termed as the ‘flowing cascade of milk’. Since the falls is located inside the Mollem National Park, the scenic vista complemented by the beautiful greens is a sight to behold. Who would have ever thought that Rajasthan would house one of the most breathtaking waterfalls in India, right? But, as nature would have it, Bhimlat Falls in Rajasthan is a place that you should definitely visit. With the dense greens beautifying its aura even more, the water plunges from an elevation of 60 metres, forming a beautiful sea green lake on the foothills. Bhimlat Falls is located almost 472 km away from the capital city of India, serving as a weekend getaway from Delhi. One of India’s biggest falls, Jog Falls in Karnataka is a major tourist attraction because of its hypnotic plunge of water. Situated along the border of Shimoga and North Karnataka districts, Jog Falls has been in everyone’s general knowledge books during the school times. Nicknamed as Gerosappa or Joga Falls, the waterfall drops about 253 metres i.e. 850 feet in a single fall. With its serene environment, the music of the waterfalls, and its picturesque beauty, there is no doubt about why Jog Falls in touted to be one of the largest falls in India. 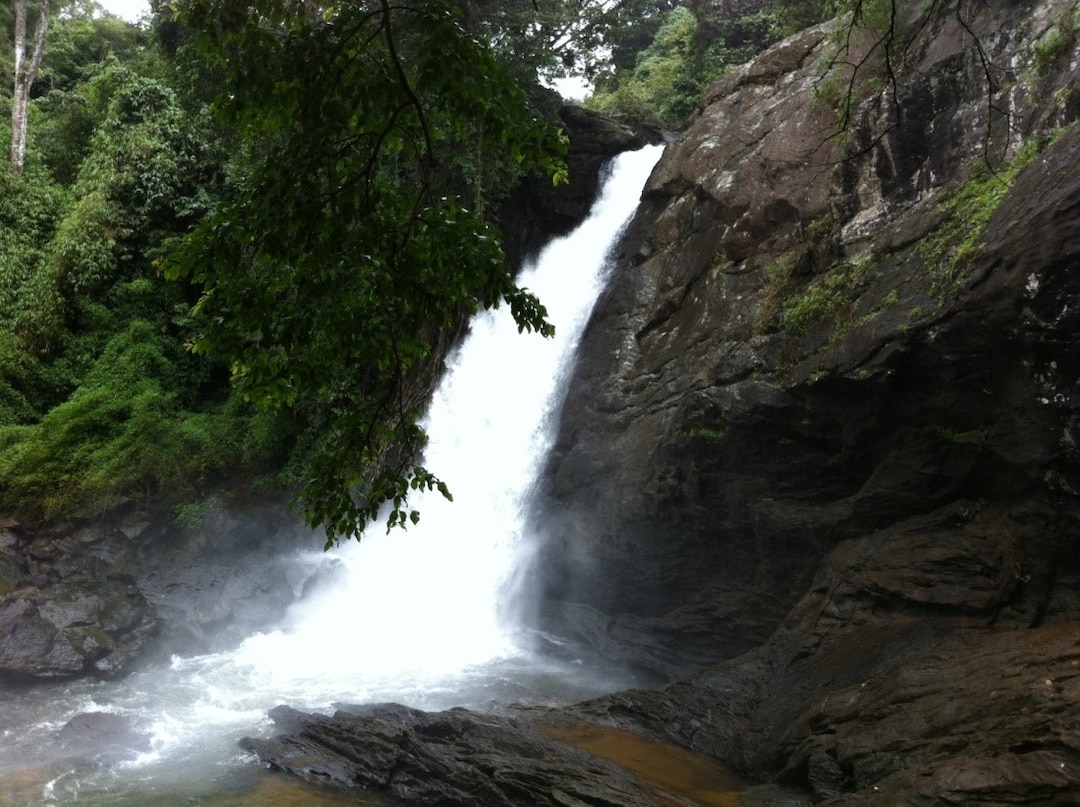 One of the most enthralling waterfalls in Kerala, Soochipara Falls is divided into three sections that layer the cascade. Located in the beautiful town of Wayanad, this waterfall is surrounded by beautiful and evergreen deciduous trees which enhance the beauty of the waterfalls even more. This thing of beauty is also known as the Sentinel Rock Waterfalls; it falls from an elevation of 200 metres. That being said, it is a favourite spot for adventure freaks as the waterfall offers a cliff face which is perfect for rock climbing. You can also swim and bathe in the large pool that this cascade forms. The beauty of these cascades is to be cherished forever. With greens and serenity surrounding the waterfalls, you won’t have second thoughts about falling in love with these miracles of Mother Nature.