Blog › 10 Weird Food Combinations from Around the World 10 Weird Food Combinations from Around the World

The whole world is connected by a common love for food. With diversity in geographical terrains, climatic conditions and availability of resources there is a diversity in our palette too. Some people are so passionate about food, that they sometimes book a world tour package just so that they can taste the cuisines around the world. However, every once in a while, you come across some strange food combinations that make you question your sanity. But then again, the taste is subjective. What is loved by one person might be despised by the other? In recent times, social media is abuzz with people posting pictures of the strange food combinations they have come across. We went to check it too and let’s just say that the mere sight of some of those combinations has left a bad taste in our mouths (all puns intended). And to ensure that we are not the only ones to know about it, we have compiled the 10 weird food combinations from around the world for you to read. How are those combinations you ask? Well, we will let you be a better judge of it. Let’s get started!

Who would’ve thought these two would ever be blended? Imagine eating a sweet, dessert-like food item being coated with the sauce from a spicy starter. That is what this is and is definitely higher on the list of weird food combos.

If disgusting food combinations had a definition, it would be this. The spicy instant noodles which have several condiments in them already are mixed with the chilled beer. How does one eat it? We are clueless, to be honest.

Ah! The classic biryani that we all love and cherish. The biryani is loaded with spices and the meat of our choice such as chicken, mutton, prawns and more. Now imagine strawberry being added as a topping. Dumbfounded. That is what we are. We have no justification for this strange food combination.

Now, this is a relief. Because the saltiness of the chips gets balanced with the sweetness of Nutella. We guess this was invented by someone who lives alone or is too lazy to cook a decent meal. This one goes into the zone of being a funny food combination.

Can someone ask them to stop messing with our beloved biryani? This dish was going viral and how! The internet was flooded with so many memes and comments. It felt like at one point everyone had something to say. And mind you the comments were not supportive of this dish. Well, can you blame them though? One of the most disgusting food combinations for sure.

The dill pickles or pickled pickles are already a little tangy since they have been pickled in brine and vinegar and left to ferment for a period of time. It is also already a little acidic. And dipping them in the orange juice increases the sourness even more.

By this point, you must have figured out that people have a tendency of mixing two completely different flavour palettes. Here the grilled pineapple that is a little tangy and a little sweet, is paired with the spicy Tabasco sauce. You have to taste it to know what it must be tasting it actually.

When you think of hamburgers, you think of the fluffy bread, crunchy veggies, a delicious savoury sauce and the perfect patty. Chocolate is nowhere in the equation. However, people have started to add a chocolate cookie along with the patty. Let your imagination drift to imagine the taste.

Boiled/cooked meat paired with the sweet peanut butter is another dish that is slowly picking up pace. Turkey is cooked and sliced. And instead of the traditional sauces, peanut butter is used as an accompaniment. One of the crazy food combinations indeed.

This combination is also known as Apple Tuna Bites and has become viral among many health-conscious people. Tuna salad is made and sliced apples are added to it. It is considered to be a healthy and low-carb lunch or snack!

We hope you enjoyed reading this blog. Let us know if you know of any such recipes. And as mentioned earlier, taste is subjective. Maybe some of you might even like these combinations. You never know! See you next time with a new and interesting topic like this. 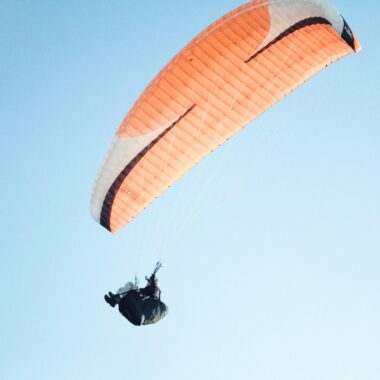 Skydiving in India - Fly High in the Air