With a history dating back to 1000 BCE, Muscat is the capital and the most important city in the Sultanate of Oman. Having served as a major trading port on the Maritime Silk Road for centuries, Muscat features a multicultural society and is responsible for drawing in the largest number of tourists to Oman.

Lodged beautifully between the sea and mountains, Muscat is home to elegant museums, old forts, palaces, and serene flower-filled parks. The very name of the city translates to “safe anchorage”. Displaying a character that is distinctive and exquisite, Muscat actually is a group of three small towns, namely Muscat, Mutrah, and Ruwi; grouped together. There are many places to visit in Muscat for tourists that allow them to experience the heritage and culture of Oman. Extending to a full 3 kilometers along the waterfront in Mutrah is a walkway lined by cafes, restaurants, and markets, known as the Mutrah Corniche.  A popular place to go to in Muscat, this is where you can come, relax, and watch a beautiful sunset by the sea. Whether a nature lover or not, you are going to like the beautiful view of the mountains meeting the sea that this place has to offer. It is from here that you will get to catch sight of the amazing rock formations of the Hajar Mountains, along with views of the Oman Port and harbour and the Portuguese watchtowers.

Walking towards the northern end of the Corniche, you will come across a fish market and dhow harbour where fishermen unload their catches of the day. On the eastern end of this harbour, you can catch a glimpse of the Mutrah Fort. A private museum and one of the most popular places to visit in Muscat city, Bait Al-Zubair is where you will get to peep into Oman’s social, cultural, and military past. Founded in the year 1988, this museum is managed by the Zubair family and houses what is regarded as the best privately owned collection of Omani relics.

Even the structure of Bait Al-Zubair is considered an architectural marvel. The complex has five buildings in total, alongside a gift shop, garden, and café. The artefacts in the collection primarily consist of jewellery, weapons, Omani khanjar, traditional garments, and a variety of household items. Bait Al Dalaleel, one of the buildings in the complex, enables visitors to witness how people in urban and rural Oman lived hundreds of years ago. Gallery Sarah is another building here that has on display contemporary art from local artists. It also serves as a meeting place for the artists. A few other things to take note of when visiting the museum include traditional barsatis, the Aflaj irrigation system in Oman, and local herbs. 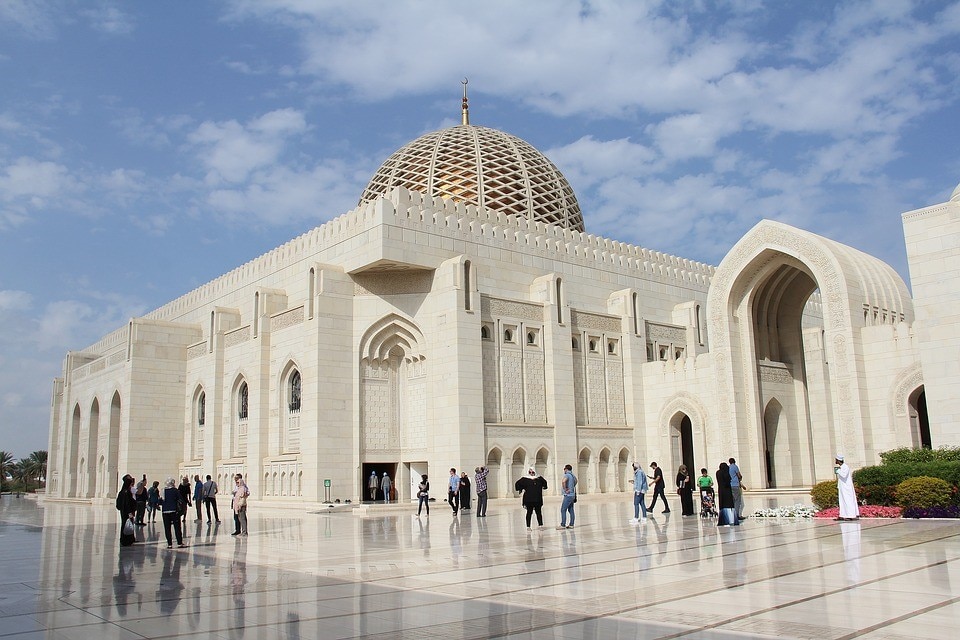 The biggest mosque in the country, the Sultan Qaboos Grand Mosque is another one of the top tourist attractions in Muscat that you have to see. With a capacity to accommodate more than 20,000 worshippers at one time, it is a beautiful specimen of modern architecture. The mosque features a blend of Islamic, Middle-Eastern, and Omani styles of architecture and is among the few mosques in Arabia that offer entry to non-Muslim visitors.

Although the construction of the mosque started in 1995, it took a good six years to complete it. The Grand Mosque is also famous for housing the world’s second largest chandelier and also the second-largest carpet. The mosque is bordered by five huge minarets, each of which has an observation deck to offer visitors a mesmerizing view of the city. The main dome displays marble columns, porcelain panels, and arches. Vibrant mosaic patterns on the white and grey marble walls of the mosque further add to its aesthetics.

There, however, are dress codes that all visitors must follow when here. Everyone is required to wear clothes that offer full coverage and are not too tight.

Also known as Al Alam Souk, Mutrah souk is recognized as the oldest marketplace in the Arab world. After going to this market, you can buy loads of things right from Arab artefacts, khanjars, frankincense, Bedouin jewellery, craftwork, pottery to traditional garments. Owing to the busy lanes that make it difficult for sun rays to infiltrate the place during the day, the marketplace has earned the tag of the “Market of Darkness”.

What was once a place for Omanis to buy regular items for their daily needs has now turned into one of the hottest places to visit in Muscat! The marketplace, with its many alleys and aisles full of numerous stalls, is pleasingly aromatic, allowing you to treat your senses to the fragrances of perfumed oils, fresh flowers, and spices. Traditional clothing pieces like lihaff, dishdashas, hijabs, and massar are some of the best things that you can buy here.

One of the first opera houses in the Arabian Peninsula, the Royal Opera House is among the premier places to go to in Muscat and the rest of Oman for music, culture, and arts. Opened to the public in 2011, the complex comprises an auditorium, theatre, art centre, cultural markets, and landscaped gardens.

A mix of modern and traditional styles, the architecture of the Opera House reflects both Italian and Islamic features. Made of pure marble on the exterior, the museum exhibits Omani desert rose architecture along with sheathes of glass, wood, and gold on the inside for opulence. In addition to its tastefully done interiors, the Royal Opera House also uses modern advanced technology such as personalized subtitles on individual screens for viewers.

Generally, there are six operas held every season, which is from September to June. Besides, there are two ballet performances each season as well as dance shows and musicals. 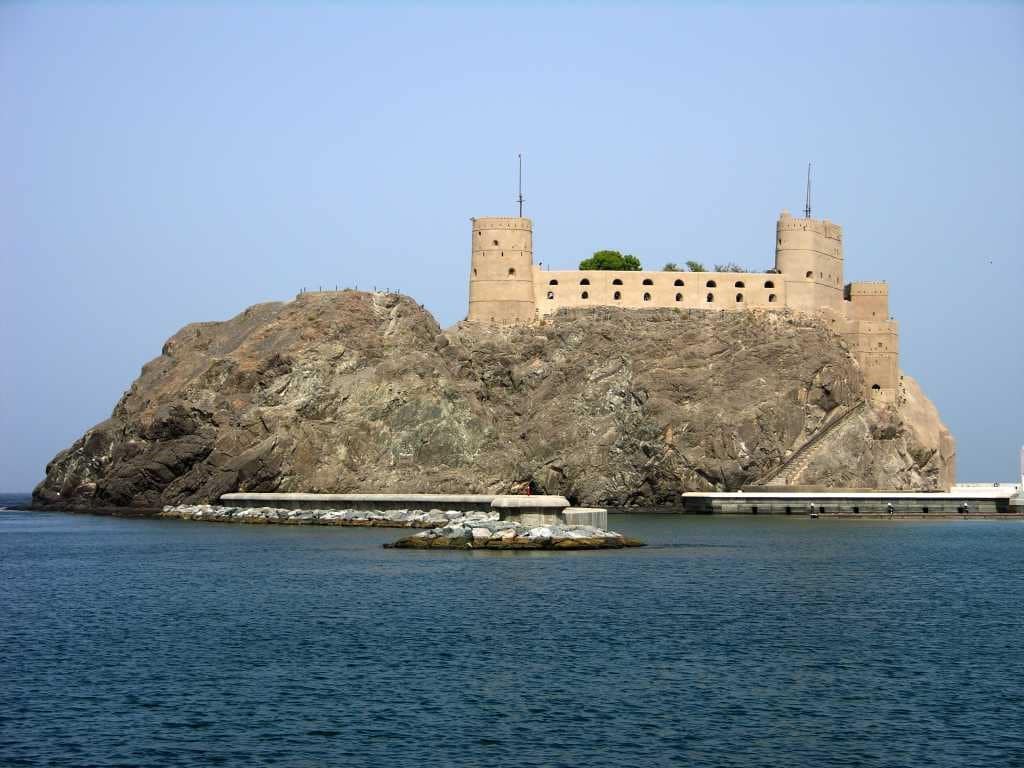 The twin forts of Al Jalali and Al Mirani are neighbouring structures located at the Qasr Al Alam Street. Both these forts were built in the 16th century by the Portuguese.

Recognized initially as Ash Sharqiya Fort, Al Jalali Fort is counted among the massive structures of Muscat. Originally a prison, the fort has now been converted into a private museum. The only way of getting into the fort is through a flight of stairs at the front. On particular palace military occasions, the battlements at this fort are lined by bagpipers as the wooden ‘dhow’ boat sails in the harbour.

Al Mirani Fort is the larger of the two forts. The fort of Al Mirani is popular for playing a major role in the downfall of the Portuguese. The control of this fort was taken back by Imam Sultan bin Saif who was responsible for leading the ousting of the Portuguese from Muscat.

Historic, exceptional and adventurous, is generously bestowed on Muscat. So if you haven’t yet been to this interesting city, get yourself a tour package to Muscat for a soul-satisfying trip.