Arunachal Pradesh is a land of tribal cultures, Buddhist monasteries, pristine lakes, high altitude mountains, and quaint hillside villages. It is an ideal vacation destination for people that crave exploration and discovery. A hidden gem in North East India, this state is stunningly beautiful, less explored, opulent in culture and history and provides abundant attractions to see and experience. From numerous monasteries like Tawang Gompa, historical sites like Ita Fort, Dirang Dzong, Jaswantgarh and Bhismaknagar Fort, as well as beautiful lakes like the Glow Lake, Shonga-tser Lake and Pankang Teng Tso for the nature lovers, Arunachal Pradesh has it all. There are also several national parks in Arunachal Pradesh and if you are a wildlife enthusiast, then you are in for a treat. The state encompasses the largest area in Northeast India and is blooming with natural charisma and the lush green meadows, which provide a perfect shelter to some of the rare animals and birds.

The national parks in Arunachal Pradesh showcase to the visitors their rich flora and over 500 species of fauna. Arunachal Pradesh is also considered as perhaps the only state in the country to provide a home to the four major cats – tiger, leopard, clouded leopard and snow leopard, besides the golden cat, leopard cat and the marbled cat. Apart from the giant cats, this wildlife destination also offers spectacular views and encounters with other attractive species like hoolock gibbon, Assamese macaque, pig-tailed macaque as well as the capped langur. If you are lucky enough, you might even witness one of the endangered species, the hispid hare while visiting the national parks in Arunachal Pradesh. A trip to Northeast India is not complete without exploring the wilderness of the national parks here, and Arunachal Pradesh makes for the perfect destination for this activity.

When you search for the best national parks in Arunachal Pradesh, Namdapha National Park is bound to come up in the first few places. One of the largest national parks in India, Namdapha is a hotspot for rare and endangered animal and plant species with one of the most vibrant bio-diversities in the country. These include the endangered snow leopards, clouded leopards as well as red pandas and red fox.

The park is located near the border with Myanmar, under the shadows of the snow-capped peaks of the Eastern Himalayas. Apart from wildlife, the park also offers activities such as camping, elephant safari and boat rides, along with spectacular views for nature lovers.

Named after a mountain peak situated nearby, Mouling national park is situated in the upper Siang district. Due to its location in a secluded area, this park remains untouched by human activities. It consists of diverse flora and fauna and the evergreen trees which sustain effortlessly in its moist environment. Tigers, panthers, elephants, hog deer, python barking deer, sambar deer, buffalo and red panda as well as various species of birds are commonly spotted in this national park in Arunachal.

Mehao is one of the most popular wildlife sanctuaries in Arunachal Pradesh. It consists of large forest land that’s left untouched and unexplored, as well as a beautiful lake nearby, called the Mehao Lake. A large number of animals, plants, birds, fish, butterflies and reptile species call this sanctuary their home. blue-naped pitta, king cobra, pit vipers and other exotic species have also been reportedly sighted here. The best way to explore the wildlife of the Mehao sanctuary in Arunachal Pradesh is by taking a 12 km trek which would take around 5-7 hours to complete.

Named after Dr. D. Ering, this wildlife sanctuary in Arunachal Pradesh is known to be the home to a variety of carnivores and herbivores like deer, langur, and water buffaloes. It spans an area of over 190 square kilometres, almost 25% of which is covered with water bodies and hence attracts many migratory birds from Mongolia and Siberia. It is located in the East Sian district, surrounded by the Siang River.

Kane wildlife sanctuary in Arunachal Pradesh is known for offering a once-in-a-lifetime view of exotic migratory birds that visit the area, around the period of October to April. It is located in the West Siang district of Arunachal Pradesh and had greatly supported an initiative aimed at preserving the wildlife of the State. Animals like wild felines and elephants in their natural habitats along with beautiful flora all around can be easily witnessed here, apart from other species common in the state of Arunachal.

Dibang wildlife sanctuary is a great place to take wildlife tours and nature safari to explore its wide range of unique species of flora and fauna. It allows you to see some rare species of animals which include Red panda, Asiatic black bear, Musk deer and many more, as well as some rare species of birds like Sclater’s Monal and Blyth’s tragopan.

Spread in a 100 sq. km area of lush greenery and colourful orchids, Sessa Orchid Sanctuary offers nature’s sights that hard to forget. It is known for its rich scenic beauty, magical landscapes as well as the variety of orchids growing in this centre, all of different colours and sizes, leaving tourists from all across the country mesmerised.

Though the climate and beauty of Arunachal Pradesh are appealing throughout the year, it remains an explored realm when it comes to tourism. Every season has something of its own to add to the beauty of this state, making it truly mesmerising. The best time to visit Arunachal Pradesh is during the winter months, between October and March, which bring with it beautiful views of the mountains, misty valleys and staggering mountains. Hiking and trekking are also enjoyed thoroughly during these months, and the tourist season is marked every year by the arrival of countless music lovers for the Ziro Festival of Music in October.

Summers might be too uncomfortable for visitors to explore the wonders and wildlife of Arunachal Pradesh, and so is the monsoon season which although turns the place into a beautiful green paradise, but gets extremely heavy rainfalls.

Check Behaviour inside a National Park

As you step inside a national park or a wildlife sanctuary, you start appreciating the freshness and the crispness in the air, as well as the natural wonders that come in front of you but it is important that you do not get too excited. One needs to have respect for the area the animals inhabit, firstly because it’s their habitat and secondly, to ensure they respect you.

Each National Park has its own set of rules, which you can check online before your trip. These rules are important and shouldn’t be ignored to ensure the sanctity of the Protected Areas

Check out a range of Arunachal Pradesh tour packages from Veena World and experience the beauty and wildlife of this state first-hand. 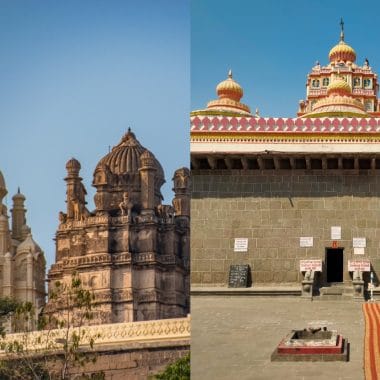 7 Most Famous Temples in Pune for Spiritual Explorers