Blog › Top 10 unusual laws from around the world Top 10 unusual laws from around the world

Every country is different, and every country’s laws are different. Sometimes these laws border on the seriously ridiculous, and other times they point to important cultural values that might be different from your own.

When you’re travelling, you certainly don’t want to be caught unaware of it. Who wants to get into trouble and spoil all the fun of that very amazing trip? We have compiled a list of 10 weird and unusual laws around the world that will surprise you, or rather shock you at their bizarre logic.

Globally, laws range from the weird and wonderful to the downright peculiar. So when you’re booking some world tour packages next, be sure to make a note of the below strange laws.

When heading to Singapore, leave the gum at home and go for a breath mint instead. The island city-state famous for cleanliness, Singapore has many laws aimed at keeping the nation tidy. The country seems to have a particular obsession with chewing gum, banning its importation entirely until recently — saying any gum passing through the country en-route to a neighbouring nation must be transported under lock and key and imposing a fine or imprisonment for up to two years if you got caught with it. However, things have eased up in recent years, and now you can carry up to two packs with you.

Did you know that you can’t keep rats as pets in Alberta, and you’re not allowed to paint a garage in purple in Ontario? It’s also forbidden to pay in coins or remove a bandage in public – that’s not all, you also cannot bring a llama to national parks or carry a snake in public. Moreover, radio stations are required, by law, to play Canadian artists on the airwaves at least 35% of the time, especially during the hours of 6 a.m. and 6 p.m., Monday through Friday. Talk about the bizarre rule book in the world, and Canada has to be in the top 5!

With thousands of pigeons descending upon Saint Mark’s Square and Venice, lured by the tourists readily handing out food in exchange for Instagram-worthy photos, Venice lawmakers officially made it illegal to feed them in 2008. It is said the clean-up from the birds cost each citizen €275 per year, so now, the tables are turned. If you’re caught feeding the pigeons, you could face fines of up to €700.

Why did the chicken cross the road? Who knows? But you better think twice if you own chickens in Quitman, Georgia. It’s illegal to let them cross the road. It’s illegal for the birds to walk across an open road. The law is designed to ensure that farm animals aren’t running about freely. However, the law mentions only fowl. Cows, pigs, and other animals are apparently free to continue crossing back and forth at will.

5. It is illegal to pass wind in public in Florida

There is some debate over this one. It certainly is a forgotten law and has never really been enforced in Florida. It was probably written in the 1800’s and forgotten since. It is not clear why this ever became a law or a rumoured law in the first place. However, Florida has a reputation for being a very bizarre and unusual state and some of the weird laws include fining women if they are found asleep under the hair dryer, skateboarding without a license, paying for the parking meter if you tie an elephant, goat or ALLIGATOR (!!!!) around it, selling oranges on a sidewalk and many others.

6. An unwashed car in Dubai can cost you a hefty fine

The United Arab Emirates has some strict laws and some even stricter laws on public decency and things they consider to be ‘lewd’, but there are some other laws in place across the UAE that are just plain odd. The UAE cares a lot about the image of the country, which is fair enough, but you can be fined separately for having a dirty car and for not washing it. Dirty cars are seen to be ‘disfiguring the city image and health’ and can be towed away with the owners fined up to 3,000 dirhams (£590). However, washing your car ‘incorrectly’ – which is to say, in residential areas, or employing people to do it for you – can also ‘distort the city’s beautiful image’ and result in a fine. You have to take it to a proper car wash to have it done. No weekend morning car-washing over there.

7. Do not wear Winnie the Pooh t-shirts in Poland

The cuddly little yellow bear all stuffed with fluff does not wear pants. Because of this, Poland issued a ban on Winnie the Pooh around playgrounds and schools, finding the A.A. Milne character a bit too risqué for the likes of impressionable children. Best to leave your bear attire at home if visiting this Eastern European country, just to be safe.

Before you indulge in a lot of Scottish whiskey, you should know you could get a ticket for drunk cow riding. Technically, the full 1872 law mandates people not be drunk when in charge of a cow, horse, carriage or steam engine.

9. Selfie with the Buddha? Get ready for prison!

When you take a selfie with Buddha, you are turning your back on him. This sign of disrespect is punishable by imprisonment in Sri Lanka. It is also considered disrespectful to point your finger at Buddha, and sometimes there are bans on taking photos with the statues. Although not illegal to have tattoos of Buddha, a British woman was jailed for three days in 2014 for inappropriate tattoos. 70% of Sri Lankans feel is a prophet and avatar of the god Vishnu.

Spain despises your attempt at making sand castles so much you could be fined if caught building one in Spain. And the fines vary by location at their discretion. And yes, kids are included too in this. 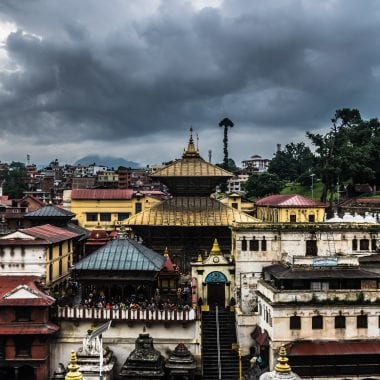 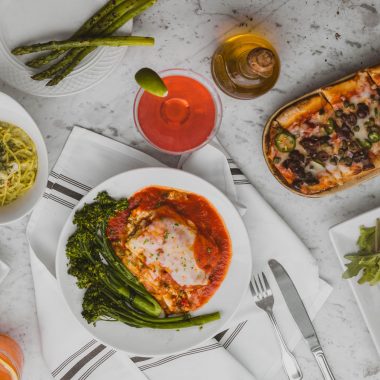 Top 10 Most Iconic Foods to Eat in Italy