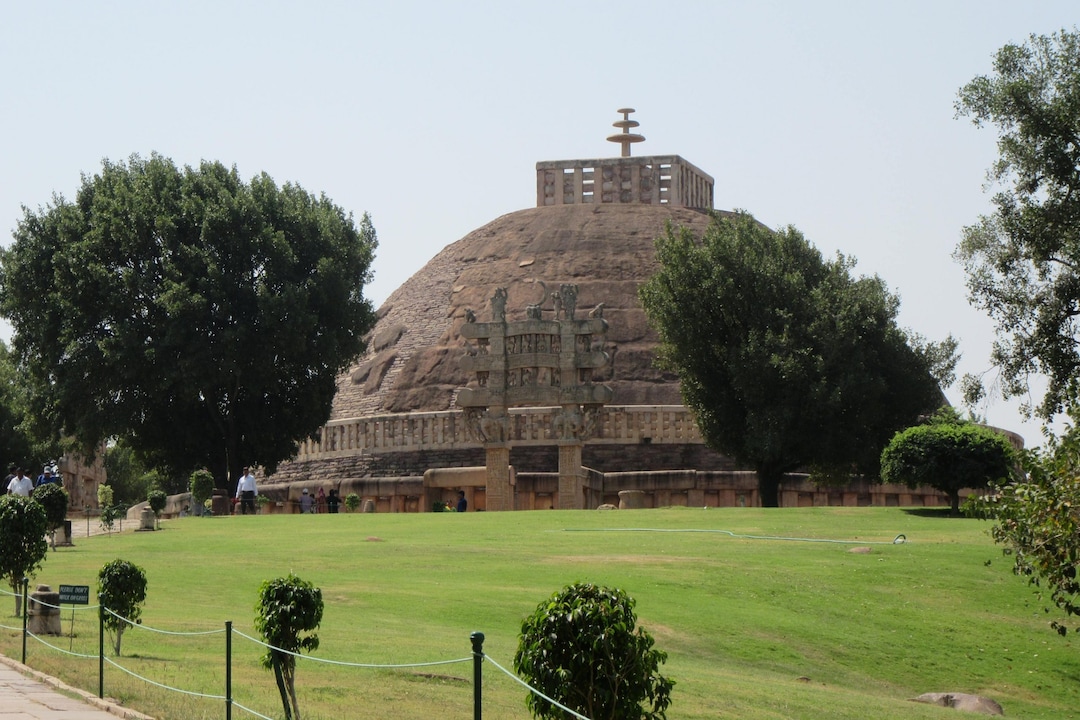 Located in Sanchi village that is about 48 kilometres north-west from Bhopal in Madhya Pradesh, Sanchi Stupa is a UNESCO World Heritage Site that dates back to the Maurya Period. This marvelling site is known for its ornamental gateways, attracting globetrotters and history buffs from across the globe.

Curious to know more about this marvel from history? Here is everything you need to know including its origin, architecture, timings, entry fee and ways to reach.

With over 2000 years of history, the great Sanchi Stupa is the biggest living example of art and architecture that flourished during the 3rd-century Maurya period. It was originally built by Ashoka, the great emperor of India who started the Maurya dynasty. But going by the chronicles, it was vandalised by Pushyamitra Shunga during the Shunga period and later rebuilt by his son Agnimitra Shunga. Let us take a dig into history.

The great emperor Ashok is said to have laid the foundation of the Great Sanchi Stupa who reigned over the entire Indian subcontinent from c.268 to 232 BCE. He was a strong believer of Buddhism and built the stupa in Sanchi near Bhopal, along with other Indian cities to redistribute the mortal remains of Lord Buddha in the 3rd century BCE. The emperor’s wife Devi and daughter Vidisha supervised the construction of the stupa.

The Shunga dynasty was founded by Pushyamitra Shunga who was the army general in the Maurya dynasty. He killed the last Maurya ruler Brihadratha Maurya in 185 BCE and took over the throne. It is presumed that the Sanchi Stupa was destroyed during his rule but rebuilt by his son Agnimitra Shunga with certain changes and additions.

An Architectural Marvel of India

Sanchi Stupa located near Bhopal is a true architectural marvel. The original stupa was built with polished sandstone during the reign of Ashoka to preserve the Buddhist philosophy and way of life. However, after being demolished and reconstructed by Agnimitra Shunga during the Shunga dynasty, the stupa was expanded twice from its original size. Its dome was crowned with three superimposed umbrella-like structures covering the actual brick stupa, representing the wheel of law.

The structure was further expanded during the Satavahana dynasty when the gateways and the balustrade were built as well as highly decorated. They were carved with the figures of Lord Buddha along with his narratives and important life events.

The various features of the stupa are explained below.

Anda is the dome at the top of the stupa’s structure that is decorated with green highlights. It symbolizes the mound of dirt that was used to cover the remains of Lord Buddha. The original structure of the dome is presumed to be the burial site of Lord Buddha’s relic chamber with actual relics. However, with time, it has now converted into a symbolic association.

Harmika is the square railing built around the dome of the stupa. It can be accessed through the staircase and is specially designed for the worshippers to be able to walk around the stupa. In Buddhist architecture, Harmika is a fence-like enclosed structure that represents heaven on the top of a stupa.

Chattra is a three-disc umbrella-like structure placed over the dome, particularly in Buddhist and Hindu architecture. In Buddhism, it is an auspicious symbol that represents loyalty and protection in the form of the three jewels – Buddha, Dharma and Sansha.

The Sanchi Stupa has a stone gateway that marks its entrance. It consists of two carved pillars carrying three other pillars placed horizontally on one and another and extending beyond the side pillars. The Torana is said to have taken inspiration from the timber and brick construction that was a popular feature of 3rd-century Indian architecture.

Monuments in The Sanchi Stupa Complex

As one of the best places to visit in Bhopal, the Sanchi Stupa complex comprises the following, giving you an insight into the history and importance of early Buddhism in India.

Known as one of the few free-standing temples in India, Temple 40 has remains from three different periods with the first one being the Maurya age when it was built by Ashoka’s father Bindusar. It is believed to have been built around the same time as the core of the Sanchi Stupa.

Stupa 2 is believed to have been built during the Shunga Dynasty, taking inspiration from the stone casing and ground balustrade tradition. It represents the four major events from the life of Buddha, namely the Nativity, the Enlightenment, the first Sermon and the Decease. Even the depiction of Jataka tales took roots in the stupa through carvings.

The 3rd stupa is also believed to be built during the Shunga dynasty with a similar kind of architecture. However, its Torana was built by the Satavahanas in 50 BCE. The stupa had relics of the disciples of Buddha, Sariputra, and Mahamoggallana.

The Ashoka pillar that inspires the National Emblem of India is also a part of the Sanchi Stupa complex. It is known for its four lions supported by the wheel of law. While the base of the pillar still stands inside the complex, the four lions are placed at the nearby Sanchi Archeological Museum. The museum is one of the major city attractions and a part of the Bhopal city tour package.

The ASI Museum inside the stupa complex is a treasure trove of relics from Sanchi’s Buddhist heritage. The building is divided into four galleries and has several artefacts and sculptures from different dynasties that ruled the region on display.

The Sanchi Stupa complex is open for visitors from 6:30 am to 6:30 pm every day. However, the museum inside the complex is not functional on Fridays. The entry fee to the complex is Rs. 30 for Indians and Rs 500 for foreign tourists.

The Sanchi Stupa is located near Bhopal, at a distance of 48 kilometres. Being such a short distance, people generally prefer taking cabs from Bhopal to reach the stupa complex, as it is one of the fastest and convenient ways.

For those coming from outside Bhopal or Madhya Pradesh, the location of Sanchi Stupa enjoys good connectivity via rail and road.

Plan a trip to Bhopal to explore this architectural marvel of India and learn the Buddhist way of overcoming suffering and attaining Nirvana. Also, check out the Bhopal sightseeing package online to discover other aspects and architectural wonders of the city. 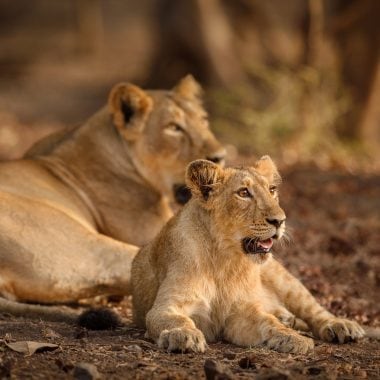