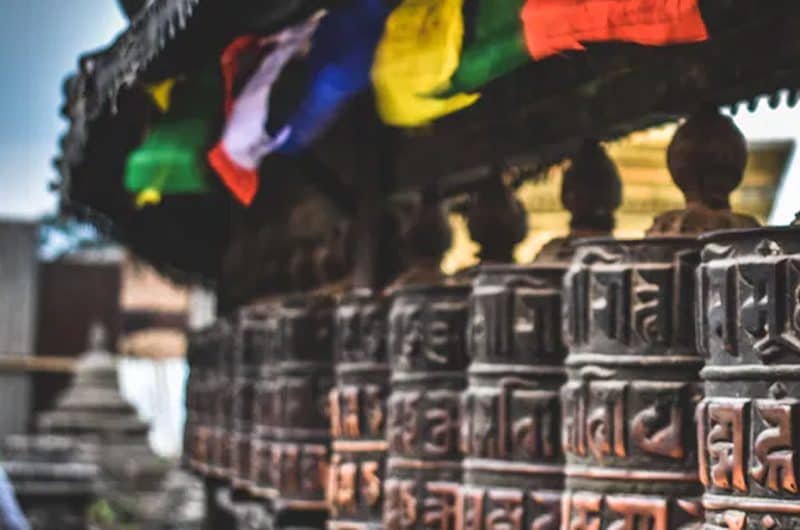 Kathmandu is a city for all types of visitors, whether they are looking for nature, adventure, animals, food, or culture. It is, in fact, a great city to visit not only for what it offers but also for the places around it, from its temples to its mountains and lanes to its people. You can spend a lovely sunset amidst the mountains by taking a serene, spiritual walk around the Boudhanath Stupa, or you could spend a lavish evening at a casino. If you want to know about the country’s history, Kathmandu is the place to go to for tourists because it is home to the Chhauni Museum which has more than enough to keep you captivated.

So, during your visit to Nepal, here are the top 10 places to visit in Kathmandu: – Boudhanath Stupa, located approximately 11 kilometres from Kathmandu’s city center, dominates the Kathmandu skyline with its huge spherical shape. It is one of the finest places to visit in Kathmandu. Every day, thousands of pilgrims from many religions gather here. They perform a ritualistic circumnavigation of the huge dome known as the ‘kora’. Anyone who circumambulates the stupa with no ill will in their souls is said to receive good karma. Furthermore, the gates of hell are completely shut for them!

This magisterial stupa’s gigantic mandala makes it the largest in Nepal and the whole continent. Boudhanath Stupa was declared a UNESCO World Heritage Site in 1979. The Buddha Stupa, Chorten Chempo, Chaitya, Jarung Khashor, and the Khasti have all been given to the Boudhanath Stupa over the years. Overall, the stupa complex comprises of 50 Tibetan convents known as gompas which have served as refugee camps for Tibetans since 1959. This stupa is believed to be the burial ground of Kassapa Buddha’s ashes.

The Pashupatinath Temple, one of the best places to visit in Kathmandu, spreads across both banks of the magnificent and sacred Bagmati River on the eastern borders of Kathmandu. Thousands of worshippers come to Lord Shiva’s beautiful temple to offer their prayers and seek his blessings. It is thought that the Jyotirlinga housed in the Pashupatinath temple is the head of the body made up of the twelve Jyotirlingas in India, which is dispersed throughout a huge area with temples and ashrams. The majestic temple was declared a UNESCO World Heritage Site in 1979. Thamel, formerly known as Tabitha Bahal, is a tangle of streets lined one after the other with countless stalls. It continues to be one of the most famous and bustling commercial places in Nepal’s Kathmandu City. Whether its cultural monuments or pubs, quiet restaurants, or spectacular temples, the narrow alleys of Thamel have never failed to service the tourist places of Kathmandu in the last four decades. Whether you’re searching for tasty cuisine or clothes, new music records, or trekking gear, Thamel’s street shops have you covered. The complete area is a Wi-Fi zone. Durbar Square is the place that has seen and received one king after another as they sat and ruled over Nepal for a long time, where new rulers were crowned to the constant rhythms of drums and trumpets. The majestic Kathmandu Durbar Square is one of the country’s three durbar squares and is ideal for Nepal sightseeing. The area is still the most remarkable vestige of Kathmandu’s traditional architecture. Despite the fact that the tragic earthquake of 2015 took its toll on the tower and caused a half-dozen parts within the grounds to collapse, it has kept its pristine beauty. The Durbar Square area is made up of three squares that are loosely connected: a historic elephant stable Basantapur square, the primary Durbar square on the northwest, and another part of Durbar Square that houses the entrance to Hanuman Dhoka.

The Garden of Dreams in Kathmandu, also known as the ‘Swapna Bageecha’ and the ‘Garden of Six Seasons,’ is a neo-classical garden designed by Kishore Narshingh in 1920. The garden features a magnificent amphitheater, urns, beautiful structures, paved perimeter walkways, pergolas, and ponds that are a perfect attraction in Kathmandu for both locals and tourists. It is one of the best natural places to visit in Kathmandu. After the garden’s patron, Kaiser Sumsher Rana, died in the 1960s, the place fell into disrepair until recently, when it was wonderfully restored by the Austrian government and reopened to visitors.

The calm, high-altitude Gosaikunda Lake, which is thought to be sacred, is also located in the stunning park. The park area spans across the Nepalese larch in the midst before cascading down to the huge meadows of green fields from the dense forests that comprise the hilly regions. This place is ideal for nature enthusiasts, as it consists of over 250 species of birds, 46 species of mammals, and more than 1000 species of plants.

Hanuman Dhoka, once the royal palace of Malla monarchs and the Shah dynasty, is a complex of ancient buildings, some of which trace its origins to the mid-16th century. It is located in Kathmandu’s Durbar Square and is popularly known as Hanuman Dhoka Durbar, which derives its name from an antique sculpture of Lord Hanuman (Monkey God) near the main door of a historic palace. In the native language, ‘Dhoka’ means “door.” Hanuman Dhoka, which covered an area of 5 acres, was heavily damaged during the 2015 earthquake.

The Narayanhiti Palace Museum, located to the east of the famous Kaiser Mahal near Thamel, is a former royal palace that was home to Nepal’s kings. It is historically significant because of the 2001 ‘Royal Family Assassination.’ The magnificent museum displays the historic furniture, art items, and ornaments of the royal family and the lavish lifestyle that previously graced the elegant palace’s durbar (halls).

The name Narayanhiti is a combination of two words: ‘Narayan’ refers to the Hindu god ‘Lord Vishnu,’ and ‘Hiti’ means ‘water spout.’ The name is especially significant because of the temple dedicated to Lord Vishnu, which is located right across the road from the royal complex.

Kopan Monastery is a spectacular Tibetan Buddhist Monastery located on the magnificent Kopan Hills (20 minutes drive from the city center) on the outskirts of Kathmandu. It was founded between the late 1960s and early 1970s by the creators of the Foundation for the Preservation of the Mahayana (FPMT). It is a well-known tourist destination in Kathmandu that attracts those interested in knowing Tibetan Mahayana Buddhism. It is one of the best tourists places in Nepal and visitors can spend a few hours exploring the gorgeous and serene monastery, participating in a retreat.  The monastery campus is open to the public. However, a general rule of conduct must be followed in order to prevent disturbing the students and monks.

The Last Resort, nestled on the top of a high gorge, is three hours from Kathmandu. The Last Resort is located among terraced slopes, with the Bhote Kosi River nearby. This lovely resort is ideal for resting, engaging in adventurous activities, relaxing by the plunge pool, or reading a book in the middle of breathtaking surroundings. It is one of the best places to visit in Kathmandu for couples.

If you’re feeling pumped up and looking for an adventure that will help you feel more alive than ever before, The Last Resort provides many wonderful adventure activities for you! This resort has it all, from thrilling bungee leaping to exhilarating white water rafting. Aside from that, you’ll find delicious meals served in a comfortable dining hall decorated with elaborate stone and wood engravings, as well as the well-stocked Karma Bar, which is always open. Overall, The Last Resort is a safe haven for everyone.

In general, the best time to visit Kathmandu is between September to November. This time of year brings dry weather, bright skies, and a variety of cultural activities. So, book your Nepal tour package around this time. However, there is no wrong time to visit this magnificent city.

It’s difficult to imagine how many stories Kathmandu may add to your travel diaries while you’re on a trip in Kathmandu. Exploring this city will show you the history of Nepal’s people and how the country has developed itself around tourism. Spend a week in this beautiful city and explore various places to visit near Kathmandu, fulfilling all of your wishes because Kathmandu has everything you’re seeking in this incredible Himalayan country. 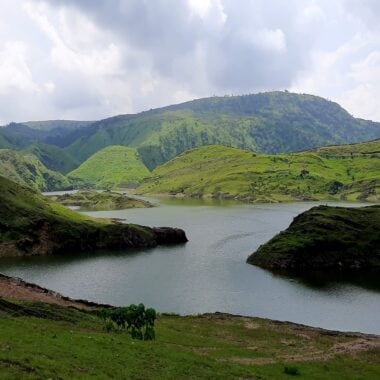 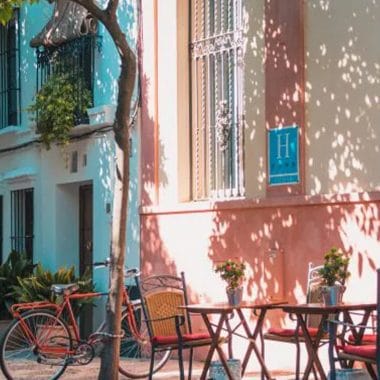 10 Best Spanish Festivals You Must Experience