Blog › 10 Most Fascinating Places to Visit in Finland 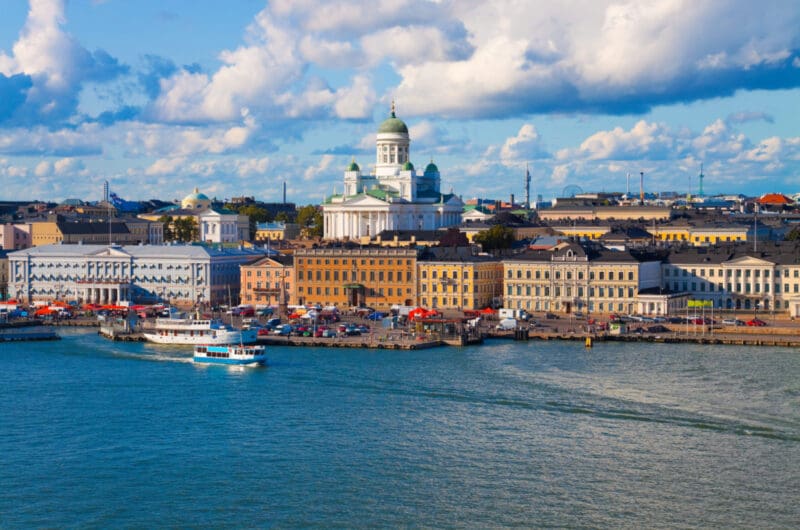 10 Most Fascinating Places to Visit in Finland

Finland is one of those few tourist places in Europe that is yet to get popular; its hidden treasures and mysterious places are absolute sights to behold. The Scandinavian country is famous for its snowy mountains, snow parks and natural beauty. Some of the most popular tourist attractions in Finland include the capital city of Helsinki and the magical phenomenon, the Northern Lights. Such is the vibe of this place that a trip to Finland is bound to result in unforgettable memories and adventures. Also known as the happiest country in the world, Finland is home to Europe’s biggest lake, Archipelago and wilderness. At the same time, Finland is also famous for its relaxing and rejuvenating hot saunas.

Here is a list of the best places to visit in Finland: –

Among the most prominent tourist places in Finland, Helsinki sees a lot of tourists and is also acclaimed for its museums that showcase the rich historical heritage of Finland. Helsinki is also home to the three most prominent churches in Finland, the Lutheran Cathedral, the Uspenski Cathedral, and the Church in the Rock. Apart from the churches and the museums, tourists can also look forward to taking the ferry ride to Helsinki Market Square for a fun-filled afternoon with family and friends.

Situated in the southernmost corner of Finland, Turku is one of the most popular places to visit in Finland. The city is famous for its two museums, Aboa Vetus and Ars Nova, which house several ancient relics from the bygone era. Besides the museums, tourists can also spend some time at the popular shopping places, beautiful churches and theaters in Turku.

Now this is that ‘one ideal destination’ for nature lovers. Located in the north Arctic Circle, Levi is a hotspot for adventure sports enthusiasts. Tourists here can participate in many outdoor sports activities like skiing, hiking and ice skating. Along with that, there are reindeer safaris, outdoor saunas and ice-fishing to indulge in. If you love snow, then you will definitely fall in love with Levi. It is one of the most famous places in Finland.

One of the oldest towns in Finland, Porvoo gives tourists a glimpse of the good old days. The cobblestone streets and the wooden houses are what makes this town so special. Tourists can also look forward to enjoying some scrumptious delights from Finnish cuisine as they explore the 11th century town from the medieval period. Porvoo is one of those Finland tourist attractions which leave a long-lasting impression.

This archipelago is also referred to as the ‘heart of the Baltic Sea’. It is a group of islands influenced by both Swedish and Finnish cultures. Aland is famous for its museums, including the museum of the ships called Pommem and the unique open air museum. Apart from the museums, tourists can also visit the famous Kastelholm Castle which dates back to the 14th century. This castle is a true marvel of architectural genius that showcases the intricate skills of Swedish architects. Owing to what it has on offer, it is considered one of the best places to visit in Finland. This beautiful town is situated in the middle of the Pyhajarvi and Nasijarvi Rivers. Tampere is a hotspot for history lovers who visit the town to see Vaprikki, its famous museum of natural history. The museum exhibits ancient relics that showcase the rich historical heritage of Finland. Tourists can also visit the famous Sarkanniemi Park which has an aquarium, planetarium and an observatory to get a better view of the surrounding landscape. It is one of the most fascinating places to visit in Finland with your family and friends.

The Northern Lights is a phenomenon that leaves you astonished and the best place to witness this ‘aurora’ is on the horizon of the Arctic Circle. The only way to describe Northern lights is the dance of lights. It is also known by names such as Aurora Borealis and even polar lights. The fascinating display of lights truly captivates the hearts and minds of the spectators. It is one of the many mysteries of nature that make this part of the world worth visiting.

The town of Savonlinna is home to the famous Olavinlinna Castle, a 15th-century citadel built on an island that connects to Lake Haukivesi and Pihlajavesi. Savonlinna is also famous for its open air theaters, art galleries and underground caves. The town is home to the world’s largest wooden church of Kerimaki that’s quite popular among tourists who come to witness this gem of architectural genius. The church premise is also used to celebrate several occasions such as Christmas, Easter and New Year. The Santa Claus Village is located in Rovaniemi in the Lapland region of Finland. The amusement park is an ideal destination for both kids and adults who seek some adventure. Tourists can also look forward to enjoying husky sleigh rides, excursions, and safaris at the village. You can also meet Santa himself and tell him what you want this Christmas. In that sense, there is something for everyone at the Santa Claus Village in Rovaniemi.

This welcoming town is home to the world’s largest castle made with snow. The castle itself houses many important artefacts such as the Imperial State Crown of Great Britain, the diamond necklace of Marie Antoinette, the Orbs of Denmark and the sceptre of Czar of Russia. Tourists can also experience a life of royalty by staying in the castle for a night. When it comes to places to visit in Finland during winter, Kemi is highly recommended. It is, in fact, a hot spot for tourists and historians who visit the city to witness these items of immense historical significance in close proximity.

If you are planning on visiting Finland, then make sure to include all these popular tourist attractions in your Finland tour. This is going to be one mesmerising trip! 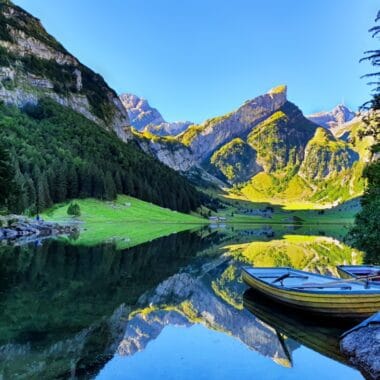 Breathtaking Lakes to Visit in Switzerland Once in a Lifetime 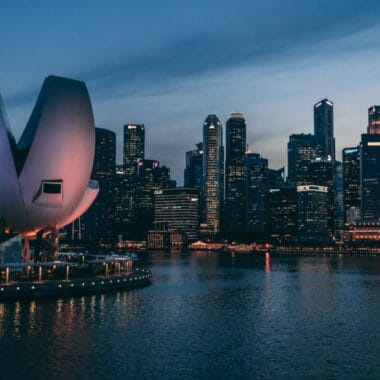 Visa for Singapore From India - Types, Process and Documents Required