Narendra Modi Cricket Stadium is where Prime Minister Narendra Modi welcomed the former President of the USA Donald Trump on 24th February 2020. The stadium was then known as the Motera Stadium.

If you are planning to visit Gujarat, specifically Ahmedabad, ensure that your Ahmedabad holiday package includes a visit to the Sardar Patel Sports Enclave where the Narendra Modi Cricket Stadium is located. The plan is to include stadiums for 50 more sports in the Sadar Vallabhbhai Patel Sports Enclave. This will include athletics, badminton, table tennis, hockey, squash, boxing, and more.

With that said, let’s know more about the world’s largest cricket stadium!

1. Delving into the History of the Narendra Modi Stadium

At first, the stadium was known as the Gujarat stadium. Its ground was renamed as a tribute to Sardar Vallabhbhai Patel, India’s first Home Minister and Deputy Prime Minister. At that time, the international matches were played in another stadium, also named Sardar Patel Stadium which was owned by Ahmedabad Municipal Corporation in Navrangpura. The change came in 1982 when the Government of Gujarat donated 100 acres of land near Sabarmati River to build a new Sardar Patel Stadium (that would later be named the new Motera Stadium). The stadium was built in a span of 9 months and has hosted many international cricket matches since then. The first ODI of the 1984 Australia-India Series was played in the Sardar Patel Stadium.

The stadium rose to prominence after 2006 when it became the focal venue of the ICC Champions Trophy hosted by India. To host the tournament, the stadium underwent a major renovation. Till 2006, the stadium could seat 49,000 spectators and after the renovation, 54,000 people could be seated in the stadium. It was during this time the stadium earned the name of Motera Stadium (due to its location in Motera, Ahmedabad). People started referring to the old structure by its previous name of Sardar Patel Stadium and the new structure by name of the new Motera Cricket Stadium.

Then, in 2015, the stadium was demolished. Some reports said that it would be renovated, but it was clarified that the entire stadium will be reconstructed. The idea of this new stadium was conceptualised by Narendra Modi, then Chief Minister of Gujarat and President of Gujarat Cricket Association. Narendra Modi had heard of Melbourne Cricket Stadium and envisioned an Indian cricket stadium of that scale.

This is why the new Motera Stadium (after reconstruction) has been named the Narendra Modi Cricket Stadium. It is now among the world’s biggest cricket stadiums.

When the stadium’s reconstruction was completed, the Namaste Trump event was held in the stadium (then named Motera Cricket Stadium) in February 2020 wherein Prime Minister Narendra Modi welcomed the previous US President Donald Trump in his state-sponsored visit to India.

On 24th February 2021, the new Motera Cricket Stadium was renamed Narendra Modi Stadium in an event by the President of India, Ram Nath Kovind, and the Union Home Minister of India, Amit Shah.

When you are visiting Ahmedabad, do check if there’s a match during those days and try if you can catch a match at the world’s biggest cricket stadium. The time spent will be worth it here after which you can take a Statue of Unity trip the next day, another marvel in Gujarat off the coast of Narmada river in Narmada District.

In 1987, Sunil Gavaskar became the first cricketer in the world to score 10,000 runs in the test match format. He scored his 10,000th run in this stadium against Pakistan. As a single snuck in via a nudge to the ball by Ejaz Fakih to the slips, and the score of India reached from 57 to 58, Sunil Mohan Gavaskar made his 10,000th run in the Sardar Patel Stadium. This took Sunil Gavaskar to a stage no one in cricket had ever been. This run is still remembered to this day, and with good reason.

4 years before Sunil Gavaskar made his 10,000th run, in the first match at the new Sardar Patel Stadium, Kapil Dev took 9 wickets in an innings in a test match against West Indies. But this was not the sole golden moment of Kapil Dev at this stadium. Later, in 1995, Kapil Dev also took his 432nd wicket in this stadium. This wicket made him surpass Sir Richard Hadlee’s wicket count and become the world’s highest wicket-taker.

3.3 Sachin Tendulkar had made Records here.

3.4 The parking space is MASSIVE.

The new Narendra Modi Stadium is not only about its large seating capacity; it even has a massive parking space. The newly constructed stadium can accommodate over 3,000 cars and over 10,000 two-wheelers.

Now that it’s officially the world’s largest cricket stadium, expect more international matches to be played here. This means that the stadium will need special boxes for the VIP guests visiting the stadium to watch the matches. To accommodate this, 76 corporate boxes have been designed for businessmen, politicians, and other important sports personalities who will be visiting the stadium. Each of these corporate boxes can seat up to 25 people, and all of them are air-conditioned. So, the VIP guests at the stadium will enjoy a relaxing view of the spectacular games that will be played in the stadium.

3.6 It includes a Cricket Academy.

You read it right. Narendra Modi Stadium also has a cricket academy. With 9 practice pitches and lots of nets, players can always practice at the stadium. And the stadium-cum-cricket-academy is sure to give rise to future cricket players who will represent India at the international level.

There is no sign clear enough to say that cricket is more than just a sport in India. Now when someone asks the name of the World’s largest cricket stadium, you can proudly say it’s Narendra Modi Stadium in Gujarat! 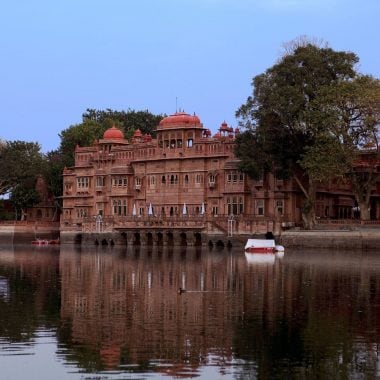 Some Interesting Facts About Gajner Palace in Bikaner 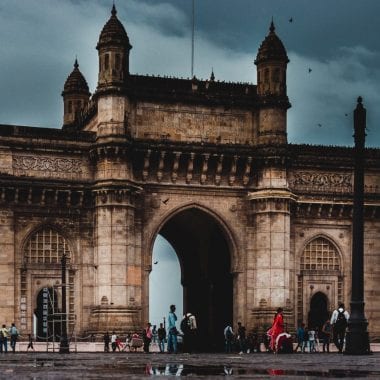