The festival of Lohri is a famous winter festival that takes place on the 13th of January in the month of Magh or Paush. The festival marks the end of the chilly winter days and the onset of the harvest season. Being one of the major festivals of Northern India, the festival of Lohri is celebrated with full fervor where people sit around a bonfire or the ‘Lohri fire’. Many people also perform Gidda and Bhangra dances, providing a perfect set-up for some fun-inducing time with family and close friends.

The Lohri fire forms an essential part of Lohri celebrations. Regarded as a deity, the fire is offered dry fruits, sesame seeds, chivra, gajak, and many other eatables. It is one of the most popular festivals which take place in January and is celebrated on a big scale in places with a major population of Punjabi and Sikh communities. The festival is celebrated all over Punjab and in places such as Delhi, Jalandhar, Amritsar, Haryana, Himachal Pradesh, Jammu and Ludhiana.

What the folklore says about Lohri

The most famous folklore associated with Lohri is about Dulla Bhatti, the Raja of Pindi Bhattian. The story goes way back to the era of Akbar. He used to provide food to the deprived people by stealing goods and money from the rich landlords. People had immense respect for him. He also rescued girls who were being put into slavery at that time. Several folk songs of Lohri are based on the bravery of Dulla and are sung till date in the states of Haryana and Punjab during Lohri celebrations.

If you are searching for more information about the Lohri festival and how it is celebrated in different destinations in India, then the following list will do you good: –

1. Enjoy it the traditional way at Chandigarh Chandigarh is one of the most beautiful cities in India. The city looks even more vibrant during the festival of Lohri. This festival is celebrated with gaiety and enthusiasm in Chandigarh city and makes for a delightful experience for tourists. Be it enjoying the folk dance performances or singing popular festive songs like ‘Sunder Mundriye ho,’ Lohri celebrations take an interesting turn in the lanes and bylanes of Chandigarh.

Get to savour peanuts, jaggery, and popcorn when you sit around the Lohri fire and take in the warmth on a typical chilly day of January in Chandigarh. You can stay outdoors and enjoy the bonfire with the locals or go to a Lohri party or even visit a Gurudwara. Take your pick!

If you wish to see one of the best Lohri celebrations in India, then visit the scenic city of Chandigarh. There are many Chandigarh tour packages that you can opt for to tour the planned city and celebrate Lohri in a different style!

2. Feel its vibrancy at Amritsar Home to the iconic Golden Temple, Amritsar city celebrates Lohri in a different way. When you visit Amritsar during Lohri, you get to visit many fairs, food stalls, cultural functions, and do different activities and have a gala time with your pals.

3. Clap to its beats in Ludhiana Lohri celebrations take a wonderful turn in Ludhiana which is yet another scintillating city of Punjab. At the time of Lohri, you can’t resist but join the troupes performing Bhangra right on the streets. Bhangra is the traditional folk dance of Punjab. Clad in bright, colourful clothes, the dancers deliver amazing performances during Lohri when they match the pulsating beats of the dhol.

4. Witness the grand affair that it is in Delhi Delhi is one of those Indian cities which celebrate festivals in a complete visual spectacle and the festival of Lohri is no different. People from all communities come together to celebrate this bonfire festival when they sit around the Lohri fire eating popcorns, gajak, sesame seeds, and many more. They also circle around the fire in the form of a prayer. When you visit Delhi to celebrate this winter festival, you find the streets flooded with Lohri gifts and sweets. So, you can also do some Lohri shopping before the start of the actual occasion. 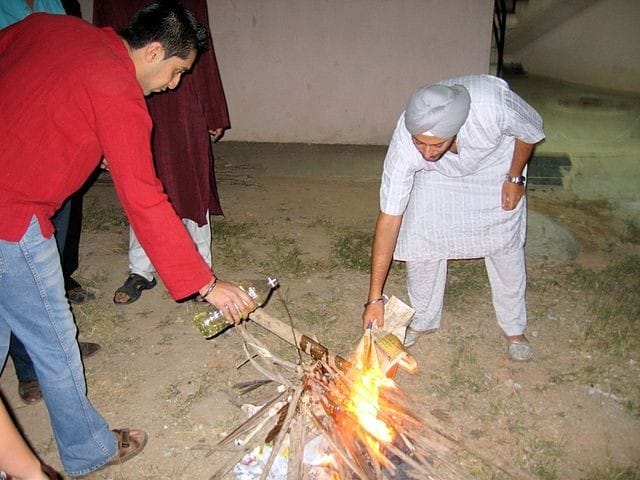 Jalandhar is a city in the Indian state of Punjab that celebrates Lohri with full fervour. When you visit Jalandhar for Lohri celebrations, you get to see Lohri celebration in India complete with all the customs and traditions and savour the lip-smacking Punjabi cuisine when you surround yourself with the warmth of the bonfire.

6. Celebrate it in the mountains at Himachal Pradesh Witness a one-of-its-kind Lohri celebration when you visit the striking Indian state of Himachal Pradesh. Sitting around the bonfire amidst the gorgeous backdrop of the snow-capped mountains will further add to the pleasant experience of your Lohri celebrations.

While celebrating the Indian festival of Lohri in Himachal Pradesh, you see people from different villages and communities come together to celebrate! Many people are in their traditional costumes and some of them perform beautiful folk dances to the upbeat tunes of foot-tapping music. Another thing that you witness here during this winter festival is the bond people share with their crops and land. You also get to know more about the traditions and culture of the people of Himachal Pradesh.

A great attraction here is the Lohri Fair where you can eat to your heart’s content or shop for items such as colourful clothes, pottery items, and daily-use products.

7. Make Jammu your jam this Lohri 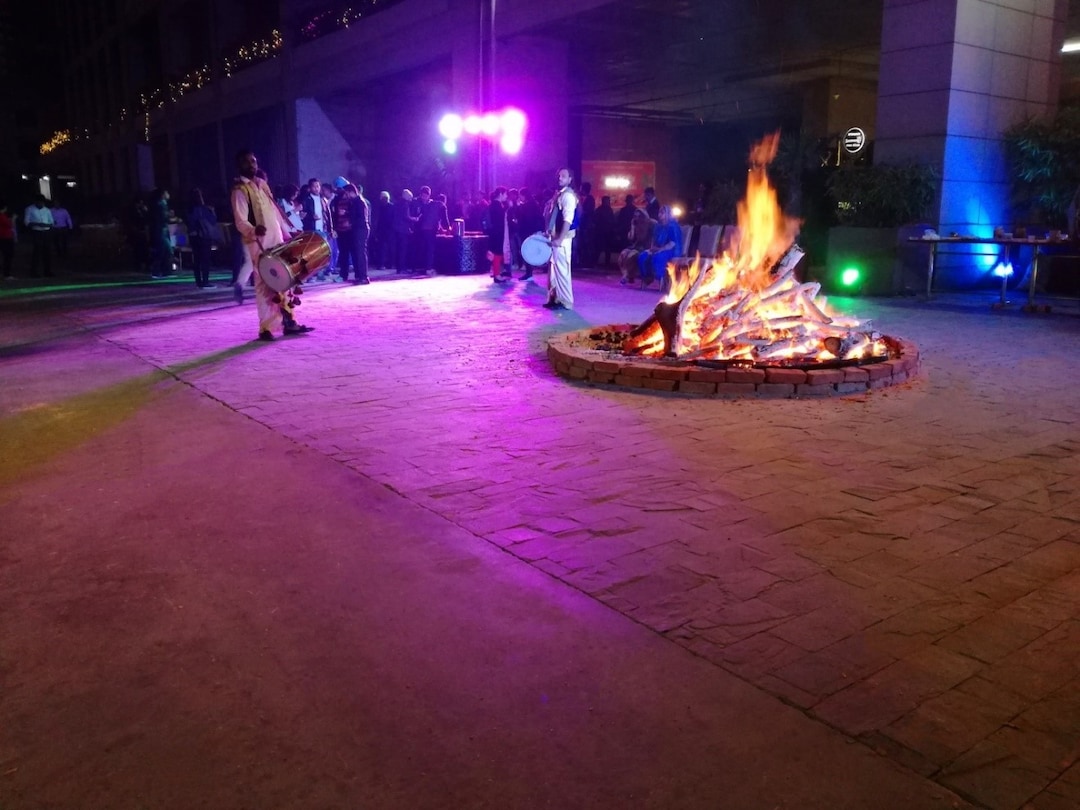 Another great city for celebrating Lohri is the scenic city of Jammu. People here dance to pulsating beats on Lohri and delicious delicacies are prepared in the evening for everyone to eat. A traditional dance known as ‘Chajja’ is performed which further adds to the enchanting experience of Lohri celebrations. The bonfire is lit in the harvest fields and houses and people circle around the bonfire in a form of prayer or parikrama to seek blessings of the almighty. People also offer such as til, rewari, popcorn, and peanuts to god.

In the end, no matter which destination you visit, the Punjabi festival of Lohri is a joyous occasion for all as people get together to have a great time enjoying performances, songs, and really good food.