Orissa, now called Odisha, offers a fascinating combination of interesting tribal culture, breathtaking archeological marvels, and unspoiled beauty that attracts travellers from all over the world. The Indian state is a haven for those looking for a getaway for treading to a relatively unexplored path.

Be it trying the succulent cuisine, interacting with villagers, or visiting the tourist places, Orissa offers myriad reasons for travellers to come to the state. In addition, Orissa lets you watch rare dolphins, spot endangered sea turtles, and see a plethora of nesting birds.

From Buddhist universities to ancient Hindu relics, history buffs and culture enthusiasts are specially going to get immersed in all that Orissa tourism has to offer. So, if you wish to see the places in Orissa, here is your go-to travel guide:

Your first stop on the list of the best places to visit in Orissa has to be the Sun Temple in Konark. The gigantic temple is absolutely breathtaking to look at. The temple has been made in a way that the light, at dawn, falls on the temple sanctuary and upon the deity inside. Standing at 227 feet, the symmetry, accuracy, and the complex detailing of the temple are enough to leave anyone spellbound! The temple is created as a chariot to the Sun God pulled by horses on its 24 ornately carved wheels.

What stumps historians the most about this tourist place in Orissa is the scientific accuracy of the temple. A great example of the precision with which the temple has been made is that one can know what time it is by seeing the shadow on the wheel’s spokes!

The next tourist spot in Orissa should be Udayagiri. The two monastery complexes at this place saw activity from 10th to 12th century AD. The first monastery is a huge stupa with the image of Buddha on all sides. On the other hand, the other monastery has a delicate deity carving where you see a statue of a seated Buddha. Being an important part of Orissa Tourism, Udayagiri is a must-visit. After you are done exploring Udayagiri, you can move on to the caves on the Khandagiri hill which is situated near Bhubaneswar.

Jagannath Mandir is one of Orissa’s famous places. It is home to an incarnation of Vishnu – Jagannath. Having a total of two walls, the temple has a flag-wrapped sikhara and Vishnu’s wheel on the top. Constructed in the year 1198, the temple is thronged with devotees. The temple is situated in the city of Puri, one of the most beautiful cities of Orissa.

Ratnagiri is one of the most exciting sites to visit in Orissa. Credited as one of the best tourist places in Orissa, two massive monasteries are what you will find at this place. These monasteries were the most active between 5th and 13th century. When you reach the first monastery, you enter through a delicately carved door that leads to a sprawling courtyard, which further takes you to a shrine having a Buddha statue. History buffs would love this place which forms an important part of Orissa Tourism.

The Bhitarkanika Wildlife Sanctuary has three rivers flowing in it, making for a gorgeous sight. Home to mangroves and mud-caked creeks, the sanctuary is the 2nd largest mangrove region in the country. Being a marvellous spot for biodiversity, the sanctuary can be explored on a boat. The things that make the Bhitarkanika Wildlife Sanctuary one the best places to visit in Orissa is the scenic beauty of the place and a chance to spot crocodiles. In addition to that, you can also go bird watching especially to spot the 8 species of brightly hued Kingfisher.

Another interesting thing about the sanctuary is that you find king cobras and deadly viper species in the area. The wildlife species you spot in the sanctuary are monitor lizards, wild boars, spotted deer, etc.  Nature lovers are going to have a gala time in this wildlife sanctuary.

Located in Bhubaneswar, the Museum of Tribal Arts & Artefacts is one of the top tourist places of Orissa; those interested in the 62 tribes of Orissa will find this place very fascinating. With the help of reality glasses, the museum gallery showcases bead ornaments, traditional dresses, coin necklaces, silver collars, musical instruments, headdresses, and much more. Another gallery at the museum has fishing, agricultural equipment, hunting, and weaponry. One thing that you can also check out when you visit the museum is the replicas of the conventional houses from tribes such as Saora, Santal, Kandha, Gadaba, etc.

Another gem to explore in Orissa is the Mukteswar Mandir. Having an intricate design, this tiny temple belongs to the 10th century. The delicate carvings in the temple point are an amalgamation of Jain, Hindu, and Buddhist styles. When you enter the temple, you cannot help but stare in amazement at the stone arch and roof ceilings. Another thing you will love at the temple is the archway (torana).  No wonder Mukteshwar Mandir is one of the best places to visit in Orissa.

Apart from the stunning Jagannath Temple, the city of Puri houses many popular tourist spots of Orissa. With places like Narendra Tank and Markandeya tank, Puri is a city you need to visit to complete your Orissa trip. Locales bathe in the Narendra Tank every day. On the other hand, the Markandeya tank is another bathing place where Vishnu once resided in the form of a neem tree, if what is said is to be believed.

With the unaltered wilderness and breathtaking marvels that Orissa houses, these places to visit in Orissa are hard to miss. The best way to completely explore Orissa is by booking one of the Orissa tour packages that suit your requirements. When you witness Orissa in its entirety is when you come to understand its true beauty!

Tourist Places to Visit in Muscat 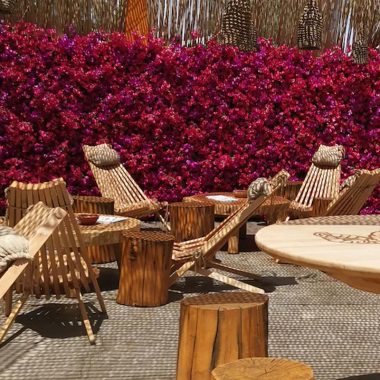