10 Best Spanish Festivals You Must Experience

If the popularity of the festival-based Spain tour packages isn’t hint enough, let us confirm it for you! The sunny and vibrant country of Spain is one of the most popular destinations for festival-goers, and for good reason. From the quite well-known Spanish tomato fight called La Tomatina to the strumming beats of the numerous music festivals, there is a huge variety of local specialities that you can experience in Spain. Spanish Festivals offer you a lot of choices; while there are many festivals in the country that are specific to particular towns and regions, there are yet others that coincide with Spanish National Holidays. So, make sure you plan out your trip properly to ensure you can attend the best of the best festivals.

Here is a list of Spanish festivals that you’re going to love: –

A week-long celebration in cities all over Spain, Semanta Santa is especially of prominence in Andalucia. Celebrated during Easter week Semanta Santa is among the most traditional religious festivals celebrated in the country. Processions colour the days with massive floats carrying religious statues are taken to the church. Religious music played by marching bands fills the streets, which are all bustling with crowds who rush to witness the spectacle.

While this Spanish festival is one of the most sombre, it is undeniably also one of the most captivating experiences you can have. Semanta Santa pays homage to Jesus Christ and his last days before he was crucified.

The ‘nazarenos’ follow the processions holding candles, torches, or wooden crosses, completely covered with conical hoods and traditional robes, which makes for a sight that is almost haunting and definitely worth experiencing.

Of all Spanish festivals, La Tomatina is probably the most well-known. The festival is held in the Valencian town of Buñol and sees thousands of participants every year. While the history of the festival can be traced back to 1945, La Tomatina holds immense popularity even today. This Spanish tomato fight is held for one hour on the last Wednesday in August. The Spanish festival is held amidst a week of celebrations.

On the morning of the festival, at 10 am, a ‘jamón’ is hung on top of a greasy pole in the town square. One after the other, people try to climb up the slippery pole to retrieve the ham as they are drenched with water from hosepipes. A loud signal marks the retrieval of the ham, which is also when the tomato trucks appear, and people start pelting each other with over-ripe tomatoes that had been previously marked as unfit for consumption.

Declared as “Intangible Cultural Heritage of Humanity” by UNESCO, Las Fallas De València is celebrated from the 1st of March to the 19th. The festivities bring together art, tradition, and satire and should not be missed. Also known as the festival of fire, this is nothing less than a 5-day long street party with a number of fireworks and light shows, ending with almost everything being set afire.

Spectacular papier-mâché statues called fallas are erected all across València in scenes of satire on topical personalities of the time. They are displayed for some days in the streets and set on fire on the last day in an act of cleansing and celebration of spring’s arrival.

Celebrated in the picturesque town of Haro, every year on St Peter’s Day, the Haro Wine Festival is full of fun and exciting activities for you to experience. Thousands of people get together to soak each other and themselves with red wine, after which they run around a bull ring in town, chasing frolicking heifers and finally heading off to a party to end the festival on the right note.

The town is home to 40% of the vineyards that can be found in the region, and the numerous bodegas here as well as the Museo de Vino stand testament to how important wine is for the town’s economy. The Haro Wine Festival is just the ultimate celebration of wine!

The annual Courtyard Festival and Contest in Cordoba is a chance for the many house owners in Cordoba’s neighbourhoods to showcase their patios. Every year in May, the patios and courtyards of this town are done up to their best and homes are opened up to the public so they too can enjoy the incomparable beauty of these architectural treasures that are typical for the region.

Among this list’s many names, this Spanish Festival is one of those that allow visitors a special insight into the lives of the locals.

With food culture and artistic expression at its heart, the Amorevore Food & Arts Festival is all about food that is made with love. One of the most famous Spanish festivals, it is held in Ibiza and with walking tours, food tours, exhibitions, ferry and boat rides, scuba diving, and so much more, it makes for a perfect weekend getaway in October.

Celebrated towards the end of May and the start of June, Primavera Sound was first celebrated in 2001 and since then has become one of the most famous Spanish music festivals. As a wide range of artists and bands play at the festival, it has become a meeting ground for artists and spectators from different generations.

The first edition of this festival had about 8000 attendees, while the one held in 2019 ended with a footfall of 220,000 people. This alone says a lot about the popularity of Primeravera Sound. So, if you’re heading to Barcelona in May-June, this is one of the Spanish festivals that you just have to attend.

A Spanish rock, pop, and indie music festival help in the sunny capital city of Madrid, the Mad Cool Festival is held every summer. Another one of the most well-known Spanish festivals in Europe, Mad Cool has a history of having some of the best line-ups in the past, with the Arctic Monkeys, Pearl Jam, Tame Impala, and The Cure having been included as well.

2022 marks the eagerly anticipated 5th anniversary of the Mad Cool Festival, which will be held for four days with yet another incredible line-up that will attract thousands of music fans from all across the world to Madrid.

One of the most relevant Spanish rock festivals, Azkena Rock Festival is celebrated in Vitoria-Gasteiz (Álava). The festival is all about escaping the agenda of commercial mainstream music and is aimed mostly at the underground public. The festival is widely known for the diverse cartel of groups it invites and for the submerse ‘chill’ ambience it creates.

10. Sonar and OFF Week in Barcelona

In June, Barcelona has 3 days when it magically transforms into a prominent Mecca for every music lover out there, which is when the world-famous Sonar Festival is celebrated. Artists, imprints, journalists, and travelling clubbers all head to the Catalonian city, where the weekend allows them to indulge in their passion for music and dance, as Off Week parties and label showcases form a major part of the festival.

With a huge variety of Spanish Festivals to choose from all through the year, your trip to explore the cultural aspect of Spain is sure to leave you with memories that last a lifetime. In fact, these are some of the most interesting places to visit in Spain that attract thousands of revellers and the biggest music artists in the world to Spain.

So, why wait? Check out the best festivals in the country and start planning your perfect vacation! 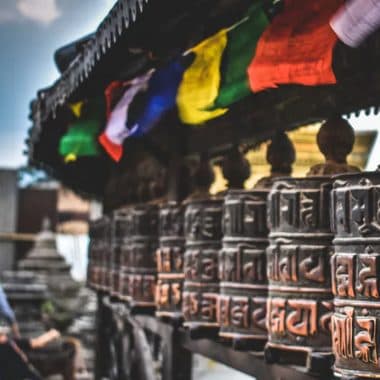