Lord Shiva is known as the creator of this world. He is the Lord of Happiness, peace, and the originator of Yoga. And that’s why he is also known as the Adiyogi.

Now, India is a country that is known for its diversity and ancient marvels. And with this, there are a lot of historical places to visit in India. Be it forts or monuments or even naturally formed caves, the enchanting beauty of this country attracts everyone. And amongst these historical places are some of the most breathtaking Shiva temples in India that you must definitely visit.

So, without beating around the bush, here is a list of 9 famous temples that are devoted to the mighty Lord Shiva: – 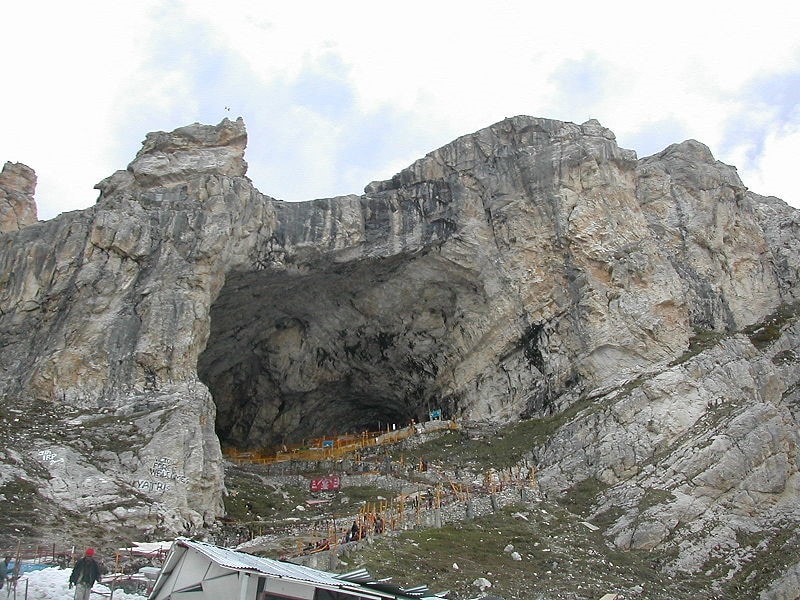 One of the most famous Shiva temples in India, the Amarnath Cave witnesses a number of uncountable visitors in its periphery. This majestic cave temple is elevated at a height of 3,888 metres above sea level. Adding to this, since it is located in the Kashmir valley, the route to the temple is filled with a picturesque view of the snow-clad mountains, mesmerizing streams, and beautiful meadows. An amazing thing about this temple is that once in a year, a Shiv Lingam is formed naturally from ice. Devotees visiting the Amarnath Cave require immense courage and physical stamina as the route passes through rugged and high terrains. Even after this, this Shiva temple in India is one of the most-visited places. Nestled in the vibrant state of Gujarat, Somnath temple is a historical and also one of the oldest Shiva temples in India. It is located near Veraval’s Prabhas Kshetra in Saurashtra. The temple has seen a lot of severe historical incidents and was a target of many foreign invaders because of its exclusive depository of gems and jewellery. The Somnath Temple is one of the 12 Jyotirlinga temples that is dedicated to Lord Shiva and holds a very prestigious place among the Hindu community. In 1947, the temple was reconstructed in the Chalukya architectural style with the highlight being the Baan Stambh i.e. the Arrow Pillar. A visit to the Somnath temple is a must because of the beauty and historical value that the temple possesses. 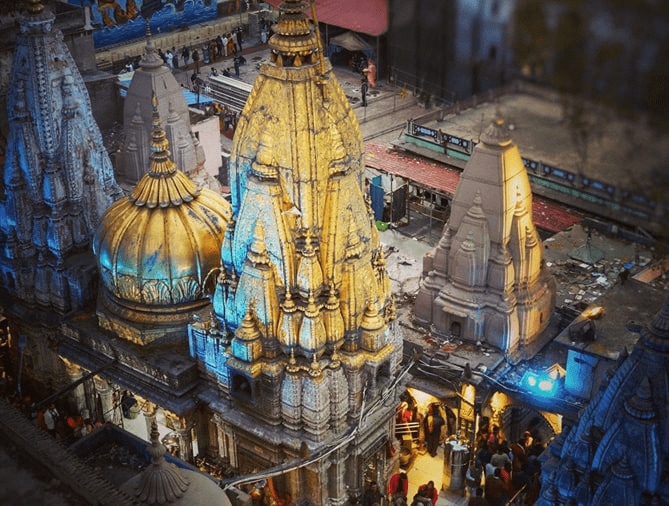 Watched the movie Kedarnath? Remember about the tragedy that hit Kedarnath in the year 2013? 6 years down the lane, the Kedarnath Temple still remains one of the most visited and famous Shiva temples in India. It is situated on the Garhwal Himalayan Range of Uttarakhand near the Mandakini River and is elevated at a height of 3583 m. The Kedarnath temple is one of the Chardham Yatra destinations in Uttarakhand. That being said, the temple is also one of the five temples that constitute of the Panch Kedar. Since the Kedarnath temple is elevated at a height, it receives snowfall during the winter season and opens from the end of April till mid of November. One of the most-visited Shiva temples in South India, the Murudeshwar Temple is a place where serenity meets spirituality. Located in the Bhatkal Taluk district of North Karnataka, the temple is situated at a hilltop and is surrounded by the blue waters of the Arabian Sea. The Murudeshwar temple in India houses the second tallest Lord Shiva statue in the world which is around 37-metre-tall and it took around 2 years to build this statue. Combining with the beauty of the statue and the pristine environment, the temple creates an energetic aura in the evening during the sunset. A popular Lord Shiva temple in Tamil Nadu, the Jambukeswarar Temple is one of the five temples which comprise of the Pancha Bhuta Sthalam. It is known as the Thiruvanaikaval or Jambukeswaram Temple and is situated in the Srirangam Island in Tamil Nadu. One of the main attractions of the temple is the Shiva Lingam that has a non-stop trickle of water. Adding to this, in this shrine, Lord Shiva is worshipped with his consort Goddess Parvati who is known as Akilandeswari. Constructed in the 2nd century AD in a Dravidian style, this is among the oldest Shiva temples in India. 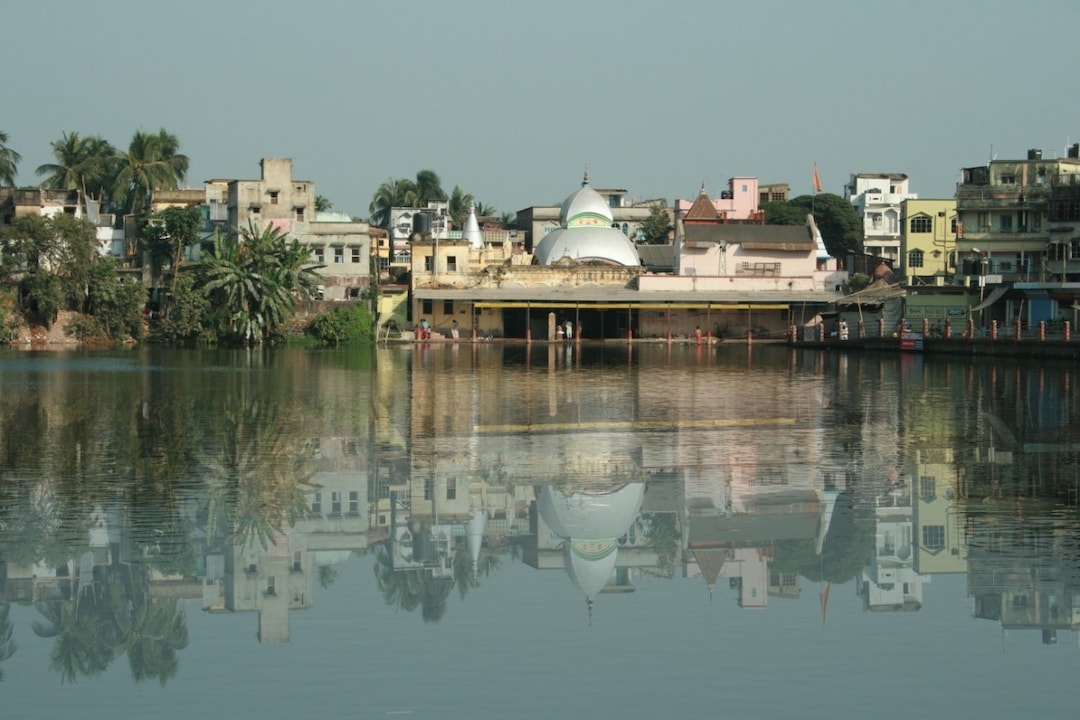 Located in Hooghly district in the state of West Bengal is yet another Shiva temple in India known as the Tarakeshwar temple. It is associated with a lot of religious beliefs and is one of the most-visited places in the state. Irrespective of the caste or creed, the Tarakeshwar temple witnesses a number of visitors in its periphery throughout the year. It is believed that the lingam placed in the temple was found by the brother of Raja Vishnu Das in the jungle. The temple was then built by Raja Vishnu Das and it is said that when people perform the no-water fast in the temple, their wishes get fulfilled by Tarak Nath (Lord Shiva). There is no doubt that Odisha houses some of the most beautiful mythological artefacts. Backing up this statement is the Lingaraj Temple. An example of the Kalinga architectural style, this famous Shiva Temple in India is exclusively known for the work of art it portrays. The temple is dedicated to Lord Harihara who is an incarnation of Lord Shiva and is worshipped in the temple as Tribhuvaneshwara along with his consort Bhubaneshwari. The Lingaraj temple was built by the Kings of Somavamsi dynasty and was later revamped by the Ganga dynasty rulers. The architectural marvel is constructed of sandstone and laterite and is one of the oldest Shiva temples in India.

Explore the City of Temples – Bhubaneshwar! If you are booking a South India tour package, make sure this place is in it. The 112 Feet Adiyogi is a statue that is housed inside the complex of Isha Yoga Centre. Though this is not exactly a Lord Shiva temple, this place in, Coimbatore, Tamil Nadu has earned accolade by the Guinness World Records as the “Largest Bust Sculpture” in the world. The Adiyogi is designed by Sadhguru and is made of steel with a height of 34 m. With the blue sky hovering above the statue and the beautiful backdrop, the Adiyogi Statue gives a breathtaking sight to its visitors.

These amazing Lord Shiva temples in India are examples of the holy architectural marvels that the country holds. So, the next time you are booking an India tour package, make sure you pay a visit to these majestic temples; it will be experiences of sanctity and reverence.