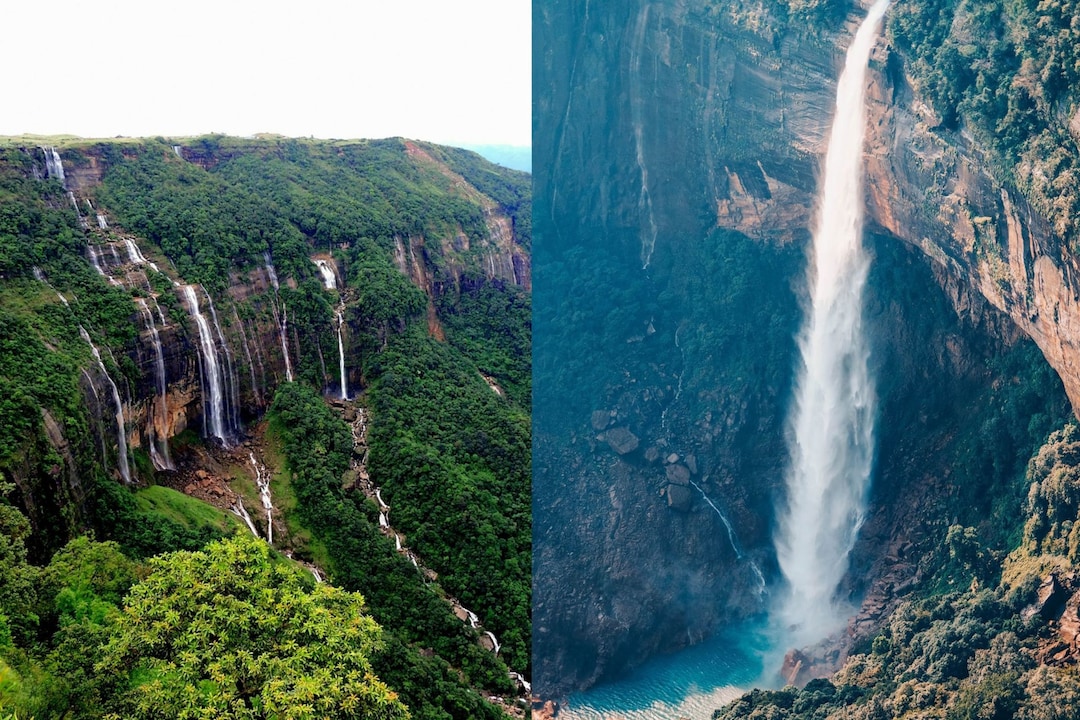 7 Spectacular Cherrapunji Waterfalls Detailed for You

Meghalaya is one of those states in India where you can find the perfect blend of greenery and city life. It offers sights that will leave you completely mesmerized. And what adds to the grace of Meghalaya is the plethora of picturesque waterfalls that it houses.

Cherrapunji, which was once the wettest place on earth, houses some of the most beautiful waterfalls in India. Though there are a lot of other places to visit in Cherrapunji, the waterfalls are on everyone’s list. And why wouldn’t they be? The exquisiteness of the falls, the serenity of the ambience, and the cool breezy water just make the whole experience so much better.

Today, because of the popularity of the waterfalls here, you can find hotels in Cherrapunji near the falls that offer a splendid view from the hotel rooms themselves. A few of the waterfalls also have legends and myths associated with them, which, honestly, add a sense of intrigue.

So, without delaying any further, here is the list of seven beautiful Cherrapunji waterfalls that we have detailed for you: –

The first entree to the list is the Nohkalikai Waterfall. This waterfall falls under the category of the tallest waterfalls in India. The water cascading down from a colossal height of around 1,100 feet, dashing against the rock is a treat to watch. Along with this, the lush greens surrounding the waterfall make the view even more mesmerizing that can captivate you into its beauty. The Nohkalikai falls in Cherrapunji is one of the favourite picnic spots of the residents as well as a must-visit place for the tourists. Adding to this, the waterfall is also a perfect spot seeking adventurous and thrilling walks – you have to pass a short hike to reach the viewpoint of the waterfall to enjoy the picturesque views. Especially during the rainy season, the waterfall is covered with a thick layer of clouds and mist.

Location of the waterfall: 5 km from Cherrapunji in the East Khasi Hills

One of the most famous waterfalls that your Cherrapunji package must-have is this! The waterfall is located near the Mawsmai Village, the Nohsngithiang Waterfall is a place that should be visited. The waterfall is also known as the ‘Cherrapunji Seven Sisters Falls’ as it is constituted of seven segments. The Nohsngithiang Waterfall is famous for its huge size and when the stream drops from the cliffs of about 1,035 feet, it is truly a sight to behold. The cliffs are naturally made of limestone and the waterfall has an average width of 70 metres. You can witness the most breathtaking scenes of the waterfall during the sunrise and sunset hours when the hues of orange illuminate the streams. A trip of the Nohsngithiang falls can be taken throughout the year; however, the monsoon season is when the waterfall receives the maximum footfall, where the force of the water is the peak.

Location of the Seven Sister Falls, Cherrapunji: Near Mawsmai Village, 4.3 km from the town

The Dain-Thlen or Dainthlen falls is a hidden treasure in Cherrapunji and probably one of the best waterfalls in the region with mesmerizing views. Not only is the waterfall picturesque but also has a folktale associated with it. It is said that a giant evil snake named Thlen used to live in that area which was killed by a few brave men of the locality. Post the killing of the snake, the waterfall was named the Dain-Thlen Waterfall. It is said that you can see a few signs that indicate the snake’s struggle while it was killed. Coming to its beauty, the natural rock carvings are the main attraction of the waterfall. The Cherrapunji fall is not as tall as the other ones, having a height of around 280 metres. It is a thing of beauty that you need to visit. The waterfall experiences a heavy flow of the stream during the monsoon season, which attracts a lot of people because of the serene ambience that frees them from the chaos of daily life.

Location of the Dainthlen falls: 2 km from Cherrapunji in the East Khasi Hills

If you are one of those who love spending quiet time amidst the embrace of Mother Nature, then the Wah Kaba Falls is your destination. It is one of the major attractions in Cherrapunji that offers the perfect amalgam of tranquillity and beauty for the tourists. The Wah Kaba Waterfalls too has a folktale associated with it. It is believed that two fairies lived there – one was fair and the other one, dark. They would roam around with the residents and lure men to visit the waterfall area by hypnotizing them. These men would disappear for months and when they would return, they would behave as if they were never gone. It is said that the men were married to the fairies. A lot of local people still believe the legend – well, it is intriguing but a little eerie! Nevertheless, this Cherrapunji waterfall offers a breathtaking sight when it falls from the steep rock side and cascades down to a gorge.

Location of the waterfall: Sohra, 3 Km from Cherrapunji

Meghalaya and waterfalls have a bonding that cannot be explained in words. And, the Kynrem Waterfalls is one of those waterfalls that add to the unadulterated beauty of the state. The 7th highest waterfall in India, the Kynrem Falls is a three-tiered waterfall that makes the scene even more picturesque and enthralling. It is an excellent choice for those visiting with friends and family. Located in Thangkharang Park, this natural wonder has a crystal clear stream that plunges from a height of around 1000 feet, leaving the visitors completely mesmerized by its gorgeousness. What adds more to the beauty of this waterfall in Cherrapunji is the soft noise of water and dense mist blending, making you feel even more rejuvenated.

Location of the waterfall: 12 km from Cherrapunji

Looking for the most scenic waterfalls in India? Here’s presenting the Rainbow Waterfalls!

It is a popular trekking trail that leads to one of the most gorgeous falls that Cherrapunji houses. The waterfall is also considered the best off-beat place in the region, offering explorers and adventure junkies a way to discover the hidden gems that embrace the waterfall. The stream makes its way through the rocks in slight curves and cascades down from a height to form a beautiful pond of blue water. Adding to the spectacular beauty of the Rainbow Falls, Cherrapunji is the variety of the exotic flora and fauna in the region. Keep your camera handy because a rainbow can be seen and the sight of its colours falling onto the water needs a capture.

Location of Rainbow Falls, Cherrapunji: Near Nongriat Village, 18 km from the town

Last but not the least, Wakaba Falls is yet another spectacular waterfall that offers a picturesque view and amazing time to its visitors. Not to be confused with the Wah Kaba Falls – the Wakaba Falls, Cherrapunji is also known as the Canyon Waterfall because the land around the waterfall resembles a canyon, from where the water plunges into the gorges below. The Wakaba Waterfall is a tiered fall and you have to do a small hike down the hill to reach the waterfall. It is said that the best view of the waterfall comes from the opposite side, where you get a 240-degree view of the canyon and the cascading waterfall with the region covered in dense greenery. The Wakaba Falls, Cherrapunji is yet again a hidden treasure of the region.

Location of the waterfall: 15 km from Cherrapunji towards Shillong

Along with these, there are several other waterfalls ranging from small to huge ones, where you can visit. However, if you want a tranquil ambience coupled with gorgeous views, these seven Cherrapunji waterfalls are a must-visit! 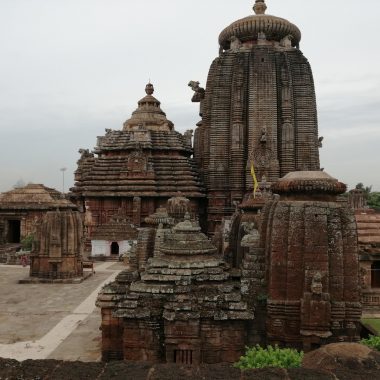 10 Hotels in Bhubaneswar for the Perfect Stay 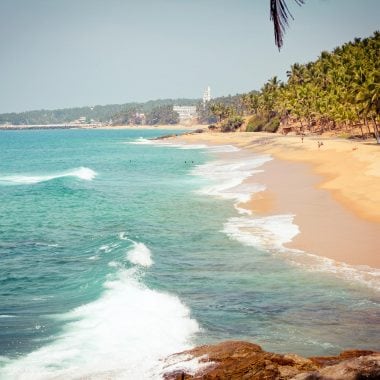