Filled with some amazing tourist spots, Ujjain is a holy city located in the Indian state of Madhya Pradesh. Situated on the banks of the Shipra River, it is one of the seven sacred cities of Hinduism. It is also one of the sites for the Kumbh Mela and a significant destination for Hindu pilgrimage. Interestingly enough, the city used to be the commercial and political hub of central India. It was once the residence of Ashoka and has a lot of tales to narrate when it comes to history. The famous places of Ujjain can take you right back to the history books you studied in your childhood.

With river ghats and popular temples that belong to different eras, this ancient city attracts tourists from around the globe. With a number of well-known tourist places, Ujjain is also at times regarded as the Greenwich of India. Whether it is visiting the temples that shed light on the glorious past of the city or walking down the alleyways to explore the city like a local, Ujjain will leave you intrigued with its spiritual charm.

Right from history buffs or solitude seekers, there are many places to visit in Ujjain for every kind of traveller. If you too are planning a trip to the city, you would need to plan your itinerary with care in order to cover all the important places in Ujjain that you wish to visit. Here is a list of some of the best tourist spots in the city that you can consider adding to your trip: 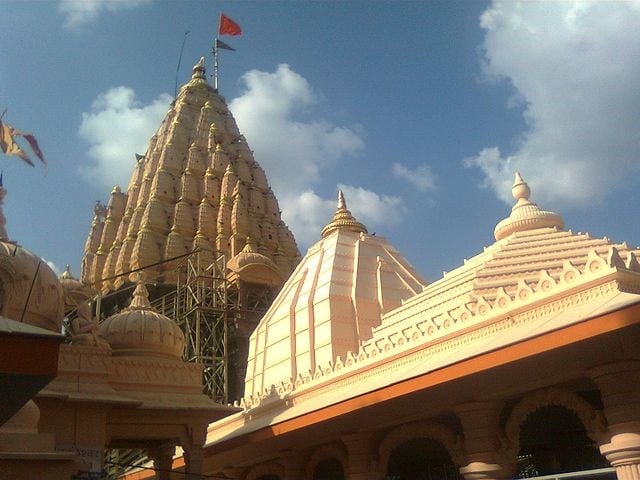 Mahakaleshwar Temple, dedicated to Lord Shiva, can definitely be your first stop when you travel to Ujjain. Being one of the best places to visit in Ujjain, the temple is one of the twelve Jyotirlingas in the country. Regarded as the most sacred temple in this holy city, it is not hard to see why this five-storied temple is also counted as one of the most popular tourist places in Ujjain. Mahakaleshwar is one of the most worshipped Jyotirlingas in the country because the Mahakaleshwar idol faces south (Dakshina Mukhi), which is not the case for the other Jyotirlingas. The Delhi sultan, Iltutmish, had destroyed the temple in the year 1235 and the Scindias restored it in the 19th century.

Another reason why the temple is one of the most famous places in Ujjain is because Mahakaleshwar is also one of the Maha Shakti Peethas in the country. The Bhasma-Aarti at the temple is also quite famous among devotees. The temple complex depicts sculptural finery as well as sophistication which is influenced by different structural design styles. The spacious courtyard contains attention-grabbing lingam sculptures of Mahakaleshwar. It also houses inscriptions of Nagachandresvara and Omkaresvara along with images of Parvati, Kartikeya, and Ganesha. If you visit the temple at the time of Maha Shivaratri, you will find the temple thronged with devotees. Among the most famous tourist spots of Ujjain, the Kal Bhairava Temple is the next temple you can visit on your sightseeing tour. It is believed to be associated with the Tantra cult. Bhairav is Lord Shiva’s fierce manifestation and Kal Bhairava is the most significant among the 8 Bhairavas. The temple is one of the best places to visit in Ujjain because here you will be able to find traces of the intriguing Malwa paintings. On reaching the temple, you will also be able to spot sadhus practising Tantrik meditation.

Thousands of visitors visit the religious site during Mahashivratri because of the presence of a Shivalinga in this temple. So, you can also tailor your Ujjain trip during the time of Mahashivratri to explore a different facet of this holy city. 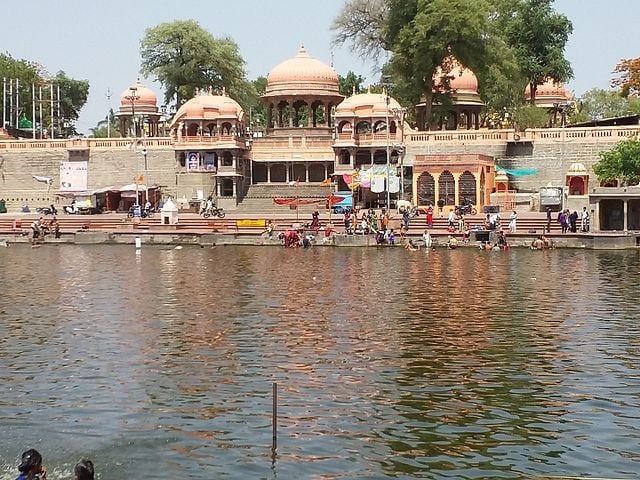 Another one of the famous places to visit in Ujjain, the Ram Ghat is an ancient bathing ghat. It is the most central of the river ghats in Ujjain and is also one of the busiest places in the city. Here, people bathe and present flowers or milk as gifts to the Shipra River. One of the best times to visit this place is during dusk or dawn when you will be able to see the devout lighting candles at the edge of the water, making for a beautiful sight.

The Kumbh Mela takes place at the Ram Ghat once every 12 years when millions of people throng to this very place in Ujjain. Ram Ghat is located close to the Harsiddhi Mata temple. There are many temples that are present on this ghat which you can also visit when you explore the ghat. 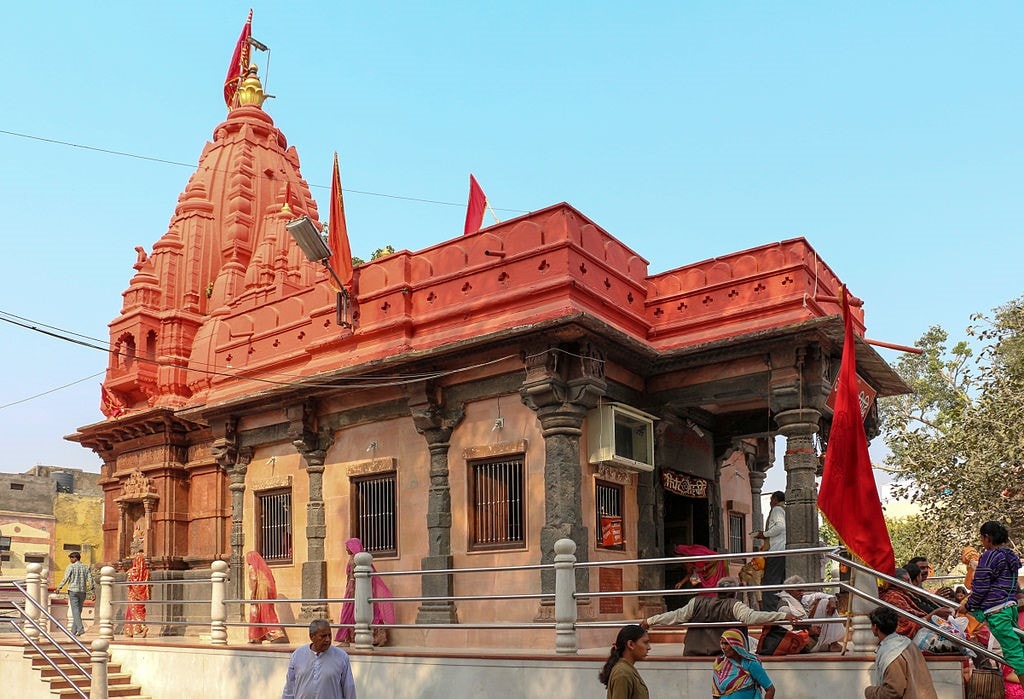 The next pitstop on your list of places to visit in Ujjain can be the Harsiddhi Temple. Upon visiting the temple, you will notice a painted idol of Annapurna in a dark red colour. It is placed between the idols of Mahalaxmi and Mahasaraswati.

Constructed during the Maratha period, the temple is one of the most famous places to visit in Ujjain. It is fully painted in red and is said to be one of the Shaktipeethas.

You will also notice two big black stone towers full of lamps when you visit the temple. At the time of Navratri, these lamps are ignited and make for an altogether intriguing sight for the visitors. 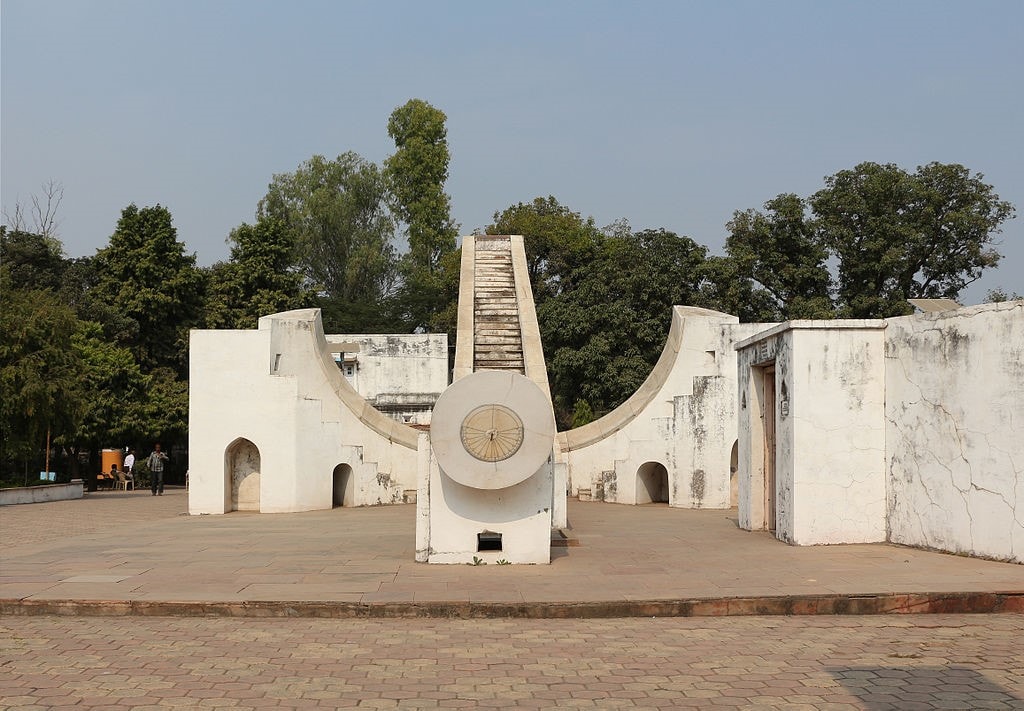 Vedh Shala is one of the most fascinating places to visit in Ujjain. It is an observatory that may look simple but is actually quite complicated. Constructed by Maharaja Jai Singh, the observatory is one of the famous places in Ujjain. Its five structures are replete with explanations and instructions in the English language which are mostly understandable to astronomers. Maharaja Jai Singh constructed observatories in Delhi, Jaipur, Mathura, and Varanasi, but the only one in use even today is the one in Ujjain. After you are done exploring the observatory, you can go to its far side and witness a marvellous view as you gaze across the river. 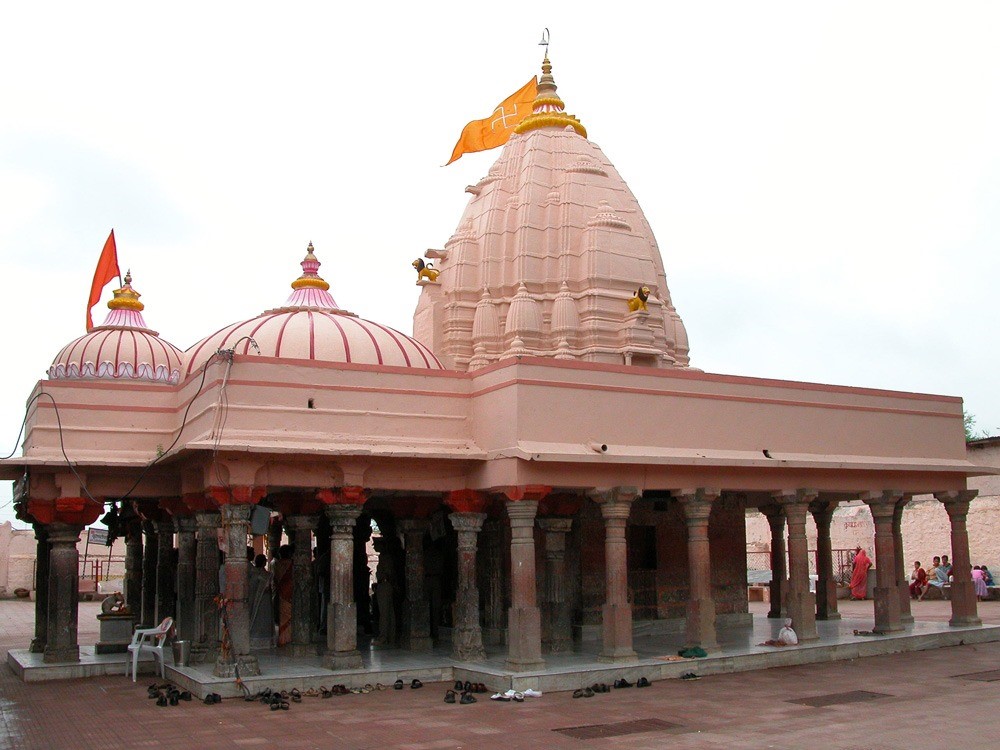 One of the most famous places to see in Ujjain is the Gadkalika Temple. The major attraction of this temple is the sculpted Goddess Kalika idol that looks completely striking. The immaculate ambience of the place is another reason why many tourists visit this place. The best time to visit the temple is at the time of the evening aarti or during the early hours of the day. The Ram Janardan Mandir is one of the most exciting places to visit in Ujjain. Dedicated to the goddess Sita and Lord Rama, it is a Hindu temple that is visited by many travellers. The temple showcases the 17th-century temple architecture of India. Upon visiting this temple, you will be able to see gorgeous sculptures and fascinating carvings which will allure you beyond belief.

There are several religious places to visit in Ujjain. If you wish to explore this holy city to witness the history behind it many temples, add the likes of Chintaman Ganesh Temple, Gopal Mandir, Chaubis Khamba Temple, and the Birla Mandir to your list. The Gopal Mandir is a famous Krishna temple and Birla Mandir is dedicated to Lord Vishnu. In addition, the Chaubis Khamba Temple is a temple that contains 24 poles and is one of the important religious places to visit in Ujjain.

When you are in the area, you may also wish to explore a bit more. If you plan on extending your trip to explore other destinations as well, then one of the best tourist places to visit near Ujjain is Indore. A major city in Madhya Pradesh, Indore draws numerous travellers because of its temples and the mesmerising waterfalls that encircle the city. Other places to visit near Ujjain include an ancient city of Madhya Pradesh called Dewas, which is home to many historic monuments and famous temples.

The Best Time to Visit Ujjain

The best time to visit Ujjain to explore its destinations will be from October to March. The weather in these months is windy and pleasant. During these months, the city experiences a pleasant temperature at around 20° C which makes it conducive to explore the tourist places in Ujjain comfortably. It is also a good idea to visit in the winters, particularly in the month of March where the Kumbh Mela is celebrated once in every twelve years.

If you wish to get the most out of your visit to the tourist places of Ujjain, you shouldn’t have to worry about accommodation, conveyance, and other aspects of planning a vacation. Go for a Ujjain tour package that comes with a pre-planned itinerary and gives you the chance to focus on the fun part of the trip – setting out to explore every facet of the city.