Located in the United States, Chicago is a lively city housing some of the best tourist destinations within the USA. Interesting museums, steel skyscrapers,  Millennium Park, and the iconic Navy Pier are among the list of marvellous things that make Chicago a traveller’s delight. Known as the Windy City, Chicago has fascinating architecture, quirky art that line up the streets, a Picasso statue that you can climb, succulent local delicacies to try, rock band performances in the Millennium Park, and many more things to explore. To make sure you see the best of it, here is a detailed list of tourist places to visit in Chicago: 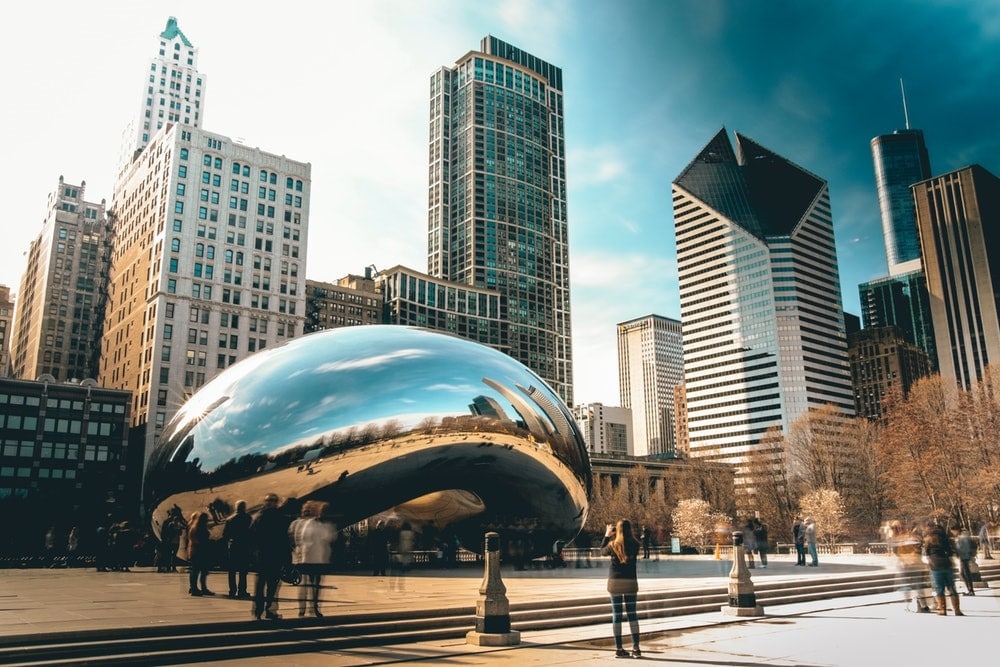 This park is always on the top of the list of the best tourist attractions in Chicago. Including artsy marvels, the Millennium Park gives you a chance to have innumerable experiences. The park houses the spectacular Pritzker Pavilion, a leaping silver shell, which you should definitely check out. Concerts are held here on a weekly basis. One can, in fact, bring a bottle of wine and something delicious to eat and slow-dance to the tunes of the music playing in the concert.

One of the major tourist attractions in Chicago’s Millennium Park is the Cloud Gate by Anish Kapoor. It is one of the most loved silver-coloured sculptures, and is also referred to as the ‘bean.’ Look at your reflection in this cloud sculpture and take a few photos as well!

After this, you can head to the Crown Fountain and the McCormick Tribune Ice Rink, enough to leave you enamoured. Also, do not miss out the Lurie Garden that looks somewhat concealed but offers the most tranquil environs with prairie flowers blooming everywhere. After you are done exploring these crucial elements of the park, you can head straight to the BP Bridge that offers an expansive view of the sky.

In case you drop by the park on a Saturday during summertime, you can join in an impromptu free session of Pilates and yoga in the Great Lawn. Even the kids have an activity to look forward to – the Family Fun Tent, a good thing to try out if you are touring Chicago with kids. The Millenium Park is, no doubt, among the top 5 tourist attractions in Chicago. 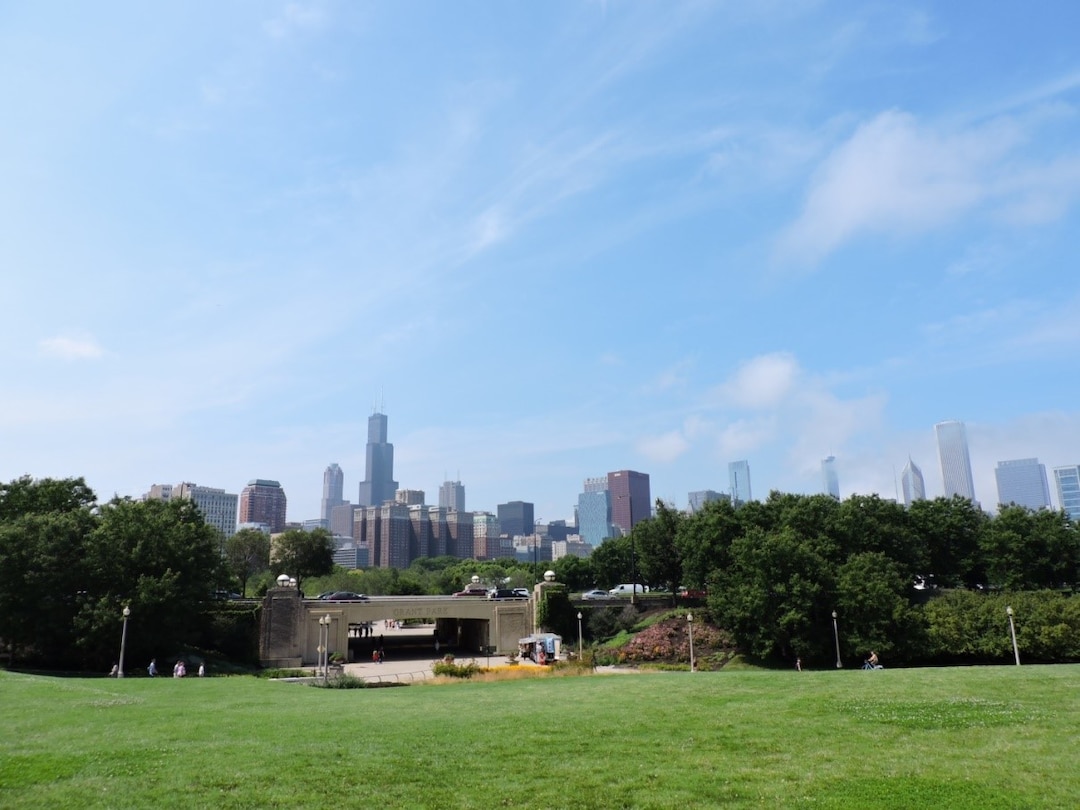 The lakefront Museum Campus is a paradise for travellers. Housing the Adler Planetarium, Field Museum, and Shedd Aquarium, the campus is one of the most exciting tourist attractions in Chicago. The Shedd has over hundreds of aquatic denizens, including the sharks, white-sided dolphins, and beluga whales. You can stop by to catch the fascinating aquatic show where you get to watch whales and adorable dolphins in a perfectly-stringed spectacle.

Afterward, you can explore the Field Museum to have an enthralling time while you gawk at prehistoric dinosaurs, such as the huge Sue the T Rex in it. A must-visit among tourist attractions of Chicago, the museum is something you must take out time for.

You also get to visit a tomb and get spooked by the biggest assembly of Egyptian mummies. Then you can head straight to the Adler Planetarium where you get to see real moon rocks. You can also visit the incredible sky theaters and find yourself among the galaxies in no time.

Lastly, spare some time for the Museum of Science and Industry in the neighbourhood of Hyde Park. Within the huge museum, you can roam around to check out the 800 science exhibits. From zooming past the underground cold mines in carts to discovering the workings of an actual German U-505 submarine, this museum has the complete package. You can also go for a virtual ride as you fasten your seat belts and explore United Airlines Boeing 727 airplane. It should definitely fall in your list of top 5 tourist attractions in Chicago. 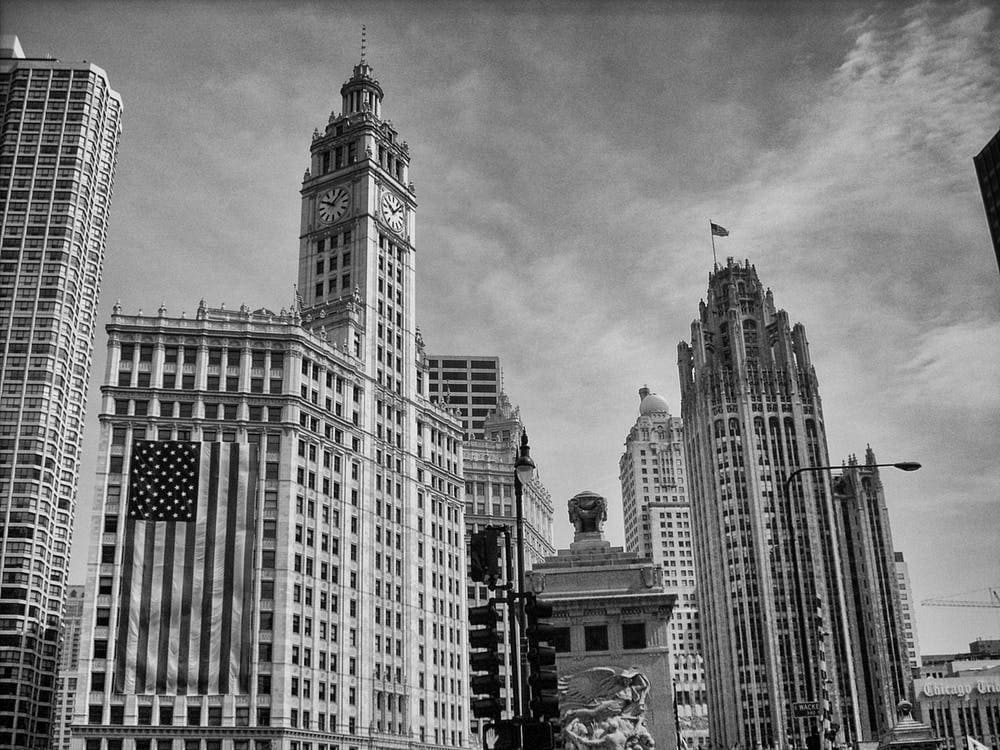 Situated between Oak St and the river and covering the N Michigan Ave is the Mag Mile. Being Chicago’s upscale shopping arena, you find the likes of Burberry, Apple, and Bloomingdale’s here, to name a few of the many. Go on a luxurious shopping spree in this shopper’s paradise, one of the top tourist attractions in Chicago. 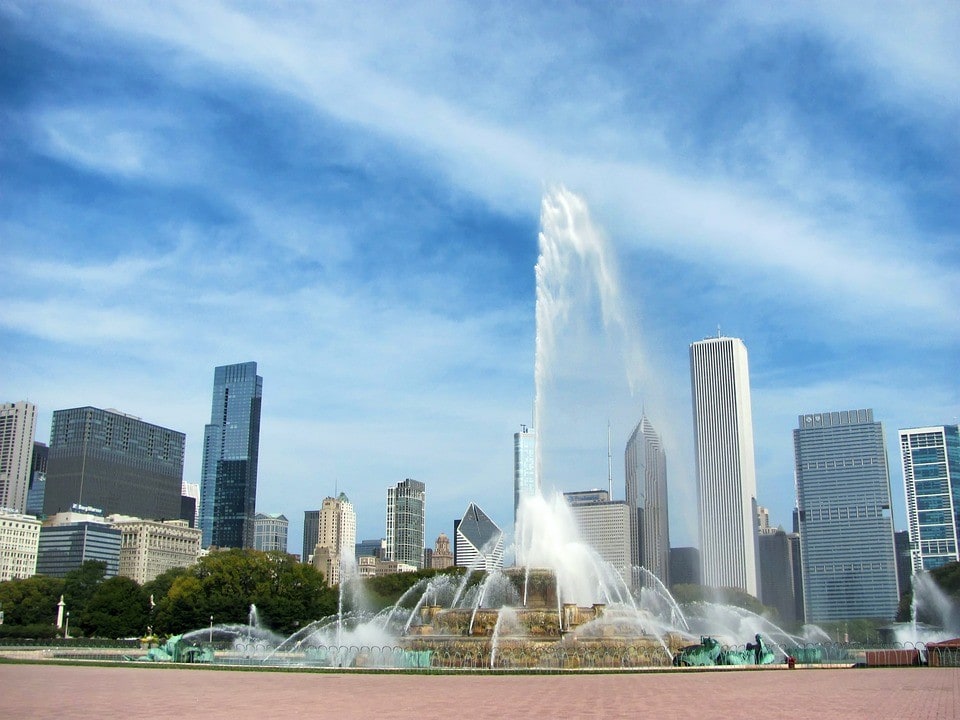 One of the largest fountains in the world, the centerpiece of Grant Park is an inevitable addition to the list of Chicago’s best tourist places. The Buckingham Fountain has a capacity of 1.5 million gallons and a spray that is 15 storeys high. Catch the Fountain from 9 am to 11 pm in the months May to mid of October, where the nights see the fountain display different colours with distinctive music in the background.

A widow by the name Kate Sturges Buckingham is behind the making of this stupendous structure in the city that was constructed in the year 1927 in the memory of Clarence, his brother.

The fountain signifies Lake Michigan, along with 4 sea creatures that spout water. These creatures represent the nearby states. For what it has on offer, Buckingham Fountain is easily one of the top 5 tourist attractions in Chicago to witness the spirit of this city. One of the most interesting tourist places to visit in Chicago, the Navy Pier is half a mile in length and houses a 196-feet Ferris wheel along with some enthralling carnival rides. Also populated by a beer garden, an IMAX theatre, and various chain restaurants, Navy Pier should be there in the itinerary of your Chicago tour package. The place has plazas and performance spaces galore, and once you arrive, you can’t miss the cool breeze and the striking lakefront view that helps you unwind. If you happen to drop by at Navy Pier on a Saturday or a Wednesday for that matter during summer, the firework displays at play are a treat to watch.

If you are extending your stay in Chicago and looking for tourist places near Chicago, you can visit the Indiana Dunes too which is 54 miles from Chicago. Lined with sandy beaches along the stretch of Lake Michigan coastline, the place can offer an ideal conclusion to your Chicago trip. You can stop here to have a laid-back time with your loved ones as you sit and watch the towering dunes and waves splashing the banks.

This list of important tourist destinations in Chicago should help as a ready reference when you set out to explore the city. From fascinating architectural wonders to thought-provoking museums, Chicago keeps you coming back for more. Waltz through its streets or bask in the view of the lakefront, Chicago will play along with you!