Blog › A Brief History of the Michelin Company 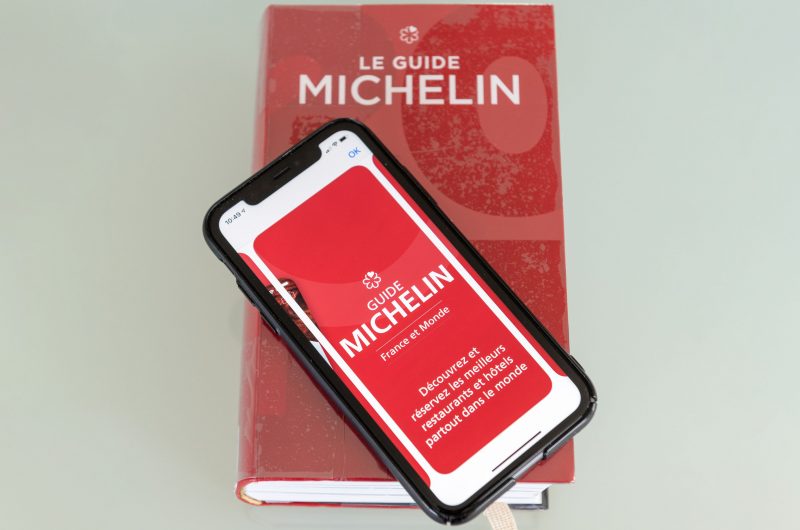 A Brief History of the Michelin Company

All of us have grown up knowing of Michelin as a tyre company and its mascot the Michelin Man or Bibendum as he is called is strongly etched in our memory. But did you know, Michelin also has a rather culinary side that has influenced how the world looks at food experiences? For those of you who guessed it, yes, I’m talking about the famous Michelin Food Guide. I’m Neil and welcome to 5 Minute Travel Tips.

Let us dive into the Michelin Company history for a bit then. The great Michelin company was founded in 1889 by two brothers Andre and Edouard Michelin in a region called Clermont-Ferrand in central France. At that point in time, there were fewer than 3000 cars in France and the brothers had this grand vision for the French automobile industry.

But with fewer than 3000 cars on the road, the brothers had to encourage people to buy more cars, which in turn would increase tyre purchases. To do this, the brothers came up with a small guide filled with information such as maps, fuel stations, a how-to guide and a list of places where a traveller could eat and take shelter for the night.

This guide was sold at no cost. But one fine day, Andre Michelin arrived at a tyre shop and found that the guide was used as a prop to hold a workbench from falling and this really upset him. Seeing this, and working on the principle that ‘people only respect what they pay for’, the brand new Michelin Guide was launched in 1920, a whole century ago and sold for seven Francs.

An entire century later, a guide which at first included only a list of hotels in Paris and lists of restaurants according to specific categories today has grown into one of the most well-respected food guides around the world.

As the guide became popular with its growing influence and with a strict policy of no paid advertisements in the guide, the Michelin brothers recruited a team of mystery diners or restaurant inspectors as they are better known today, to visit and review restaurants anonymously. To this day, the mystery of the recruitment process and the identity of these Michelin Inspectors remains a mystery and is a well-guarded secret.

About 6 years on, in 1926, the guide also began awarding stars for fine dining restaurants, and a hierarchy of zero, one, two and three stars was introduced. Here are some travel tips for beginners when it comes to Michelin Guide.

One Star means it is a very good restaurant.

and finally, Three means that the restaurants by themselves are worth a trip.

The Michelin Guide today rates over 30000 establishments across 3 continents and is present in 35 countries.

Now let’s come to the process of how Michelin star restaurants are awarded these stars. Even with the hype surrounding the stars, the process of how they are awarded is still pretty tightly under wraps. The food inspectors who we spoke about earlier pay multiple visits to fine dining restaurants anonymously, judging if the service, ambience, and food make an establishment worthy of the stars.

And with that being said, the acquisition or loss of a star can have dramatic effects on the success of a restaurant.

Michelin has gone to extraordinary lengths to maintain the anonymity of its inspectors. Many of the company’s top executives have never met an inspector; inspectors themselves are advised not to disclose their line of work, even to their parents (who might be tempted to boast about it); and, in all the years that it has been putting out the guide, Michelin has refused to allow its inspectors to speak to journalists. The inspectors write reports that are distilled, in annual “stars meetings” at the guide’s various national offices, into the ranking of three stars, two stars, or one star—or no stars.

In addition to these stars, with time, the guide has also started awarding Rising Stars, Green Stars and has introduced a new feature called The Bib Gourmand.

A green star symbolises excellence in sustainable gastronomy and the restaurant is given space on the Michelin website for the chef to describe the restaurant’s vision and finally, the Bib Gourmand guide highlights restaurants offering exceptionally good food at moderate prices. I often make it a point to check this Bib Gourmand guide before travelling to a particular country.

With all of this history, if you want to visit a Michelin Star restaurant, remember to book way in advance and sometimes be prepared to not be able to get a reservation at all as some of these may be member-only restaurants. When we visited a one-Michelin star restaurant named Sushi Ichiyanagi in 2019 in Tokyo, we had to make a reservation 3 months in advance. But the Michelin guide, although popular, also has its critics. Losing a star basically indicates that a restaurant is on a downward trend. This in turn would mean losing business. With this background, many chefs around the world have also given up their stars calling the stars a burden than a blessing. Like in 2017, French chef Sébastien Bras requested to be left out of the next edition of the Michelin Guide blaming the unrelenting pressure on maintaining a fine-dining kitchen — an issue that’s increasingly becoming a concern in the wider restaurant industry.

In spite of this recent trend, today, the remarkable foresight of the founding Michelin brothers has given the company a vocation that is as relevant in 2021 as it was in 1900 – namely, to make driving, tourism and the search for unforgettable experiences available to all.

So the next time you are planning your culinary trip, be sure to check the Michelin Guide, book in advance and go on a gastronomic journey like no other. 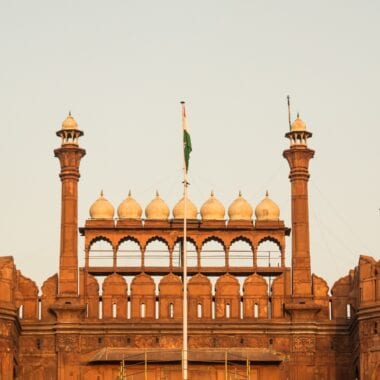 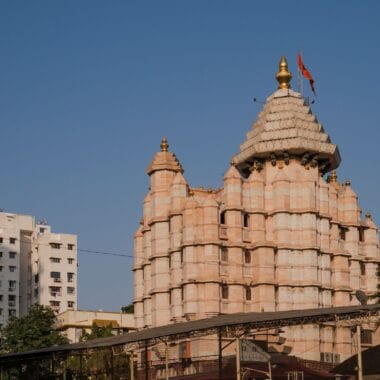 Seek the Blessings of the Vighnaharta at Siddhivinayak Mandir